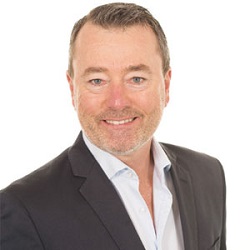 The introduction of a four-day week could work for law firms and make them “very attractive” to young lawyers, according to the boss of a lawtech company which has embraced the change.

Dave Newick, chief executive of Arken.legal, said he appreciated that there were some sectors, like conveyancing, where a four-day working week might not work.

“I know that things have been hellish for conveyancers in the past nine months and some have been working six or even seven days a week.

“But if you take away the extreme examples, I don’t see why in many law firms the customer experience would be affected. The time efficiencies in moving from face-to-face to virtual meetings can be captured in a four-day week.

“Thousands of firms are already working a four-day week across industry and the example of Microsoft shows that it can be applied at scale.”

Arken.legal, based in Westerham, Kent, provides digital solutions for the wills and trusts market, including will-writing software. Mr Newick said its 22 staff started working a four-day week in October 2020.

He said clients were “not even aware” of the change and there was no impact on the client experience.

All staff take Fridays off, apart from two customer experience staff who cover on Fridays, and take off Mondays instead.

Staff work at the office for two days a week and at home for the other two.

Mr Newick said he believed being in the office was important in giving staff “a sense of belonging” and “a sense of purpose”.

The underlying premise of the four-day week was that productivity gains could be found by reducing or eliminating unproductive time in the traditional five-day week.

He gave as examples “unproductive meetings”, meetings with “too many people who did not need to be there”, unnecessary social conversations or staff spending time sending personal messages or on social media.

Mr Newick said this could add up to “a lot of unproductive time”, and a UK study in 2018 had found that up to 40% of workers’ time in a traditional working week was unproductive.

He said he believed the firm’s clients had received better service from staff who were “more switched on and energetic, and ready to find solutions”.

Mr Newick said that not only did he think a four-day week “could work” for law firms but he would also recommend it.

Arken carried out a poll of staff after the change to a four-day week which found that 76% believed they were more efficient and productive and 81% were more likely to stay.

Some staff used the time to catch up on work, but Arken said most spent more time with family or “do chores and run errands so they can free up their weekends”. It said many also used the day for upskilling and fitness, with Arken running a yoga session on Friday mornings.

Pippa Shepherd, head of customer engagement at Arken.legal, added: “If the last 18 months have taught us anything, it is that we need to create a more sustainable way of working, one that improves business productivity, but has worker wellbeing at its core.

“By introducing a four-day week we have been able to improve work-life balance, strengthen families, and reduce carbon emissions without sacrificing productivity, and we would urge all businesses to consider it.”

Mr Newick said there was no need to consider downsizing the office because Arken was growing so quickly, with staff numbers set to increase to 30 by the end of 2021 and up to 45 by this time next year.