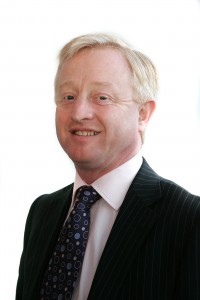 Marston: strength is in collaboration

Mr Marston, currently head of professional practices at Lloyds Banking Group, will start in the new role in July, taking over from outgoing chief executive John Thomas, who is stepping down after 15 years at the helm.

As well as a long history of working with the legal sector, Mr Marston spent many years in commercial banking, working with owner-managed businesses of all sizes. After initially working for NatWest, he has been with TSB and then Lloyds since 1985.

LawNet is a non-profit mutual currently comprising 64 member firms with a combined turnover in excess of £250m. As well as collective buying and a professional indemnity insurance scheme, the network gives members a route to ISO 9001 quality accreditation, a client service charter and free CPD training plus other benefits.

The appointment was made by the LawNet board, whose directors are drawn from the network’s firms.

Chairman Rob Salisbury, senior partner of Gamlins in North Wales, said: “John has led LawNet for the past 15 years, during which time he has focused on continually improving member benefits, growth of the network and financial stability. He leaves a strong legacy and I know Chris is looking forward to the challenges ahead, ensuring the network continues to progress and grow.”

Mr Marston said: “I’ve been closely involved with law firms throughout the recent seismic changes experienced by the sector. We’ve seen more change in the past five years than in the previous 100, so I understand the challenges, but also the need for commerciality. That’s where I’ll be focused in driving forward the LawNet proposition in future.”

He told Legal Futures that while new members had joined LawNet in recent years, the overall number had stayed roughly the same as a result of mergers and acquisitions involving others. “My role is to grow the membership,” he said.

The appeal of the model, Mr Marston said, was that the members stay independent but collaborate. “It’s clearly about the members,” he said. “LawNet steers clear of big promises, but what it has promised, it has delivered.” However, as with any incoming chief executive, he said he would look to refine the model.

“Ultimately it’s a mutual and the members make the decisions,” he said. “But it’s my job to make sure that the members are aware of what the opportunities are.”

Mr Thomas said: “It has been a privilege to lead LawNet and see it develop and mature and it is comforting to be leaving it in very capable hands.”