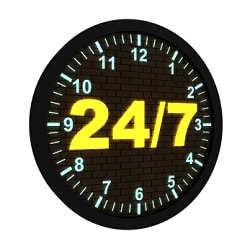 The charity LawCare has called on the profession to reconsider its culture in the wake of the case this week of a solicitor who avoided being struck-off for dishonesty offences because of the pressure she was put under at work and her mental ill-health.

It said the case of Sovani James depicted “a scenario that we are very familiar with”.

We reported on Wednesday that Ms James was found to have dishonestly created and backdated correspondence and lied to both her client and her employer.

Normally such offences would lead to being struck-off, but the Solicitors Disciplinary Tribunal decided on a lesser sanction after finding that “exceptional circumstances” existed in her case.

It found two root causes of her misconduct: her then firm’s culture and the pressure it exerted on her to meet billing targets; and her mental ill-health arising from the pressures of work, allied with difficult personal circumstances.

The tribunal said law firm managers should be “more alert” to the warning signs of mental health problems among staff and consider providing access to external counselling.

Ms James told the tribunal that her hair was falling out in clumps, she had lost weight and she was often tearful at work. But it found her firm was not supportive.

In a statement put out yesterday, LawCare said: “We know that making the transition into practice can be a particularly vulnerable time for junior lawyers and that an approachable and supportive management style is vital at the start of their legal careers.

“The legal environment is competitive, the 24/7 culture is widespread, firms are under financial pressures and people drawn to the law are often perfectionist in their approach and find it hard to admit mistakes or that they are struggling for fear of being seen as weak or not cut out for the job.

“All of these factors contribute to an environment that can take its toll on the mental health and wellbeing of lawyers.

“We need to do something about this. Things shouldn’t get to the point where a lawyer feels the need to cover up mistakes and act dishonestly as this has widespread repercussions – for the lawyer concerned, the client, the firm and the reputation of the profession.

“No one should feel frightened in the legal workplace to talk to a manager or a colleague about a work matter that is worrying them, as serious as the consequences may be.”

LawCare said this approach applied to mental health too: “We need an open culture of acceptance in the legal community that it’s ok to talk about how we are feeling.

“If this young lawyer had been able to ask for help and speak with her manager about how she was feeling, that she was finding the pressures of work overwhelming, that she needed support, she may not have landed up on the path that found her and the firm’s culture before the SDT.

“There is growing awareness about the importance of mental health in the legal workplace and more and more firms are putting the wellbeing of their people at the top of their agendas. This painful case is a stark reminder of why mental health really does matter in the legal community and we hope that lessons are learnt.

In a statement to Legal Futures, Ms James’s lawyer, Paul Bennett, a partner at Aaron & Partners, said: “We do not wish to comment on the specifics of the findings not least as it is still open to the SRA to appeal, but it is worth noting exceptional circumstances cases are naturally rare. Successfully argued ones rarer still.

“The tribunal found the position here compelling, and unique, based on the evidence it heard. I very much hope my client can now rebuild her career quietly as she would wish.

“Moving forward, law firms reading this judgment need to ensure they focus on any mental health issues arising as guided by the tribunal.

“We are fortunate to live in an enlightened age with mental health spoken about openly and constructively. The tribunal has eloquently set out its expectations for firms in the future but that is a far wider point than the specific case itself.”

The Solicitors Regulation Authority will not be taking action against the firm here, as its conduct is covered by employment law.

However, in the event of an adverse employment tribunal finding against a firm or solicitor, it can and in the past has taken disciplinary action.