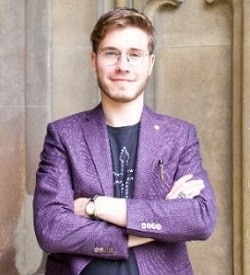 Bull: “we can beat the best lawyers”

The team behind LawBot, the legal advice chatbot created last year by Cambridge University law students, is planning a live ‘lawyer v machine’ challenge similar to the one in which IBM’s Watson won the US quiz show Jeopardy.

LawBot was relaunched [1] this week under the name Elexirr [2], and has started signing up law firms keen to secure access to leads generated by the chatbot.

Along with lead generation for law firms, Elexirr is offering corporate legal analytics for companies anticipating litigation, based on the predictive power of the software to forecast chances of success.

Ludwig Bull, managing director of Elexirr, said he wanted to show through a “man v machine” challenge that “we can beat some of the best lawyers in London”.

Mr Bull said the event would be “very similar” to the contest held on US TV in 2011, when IBM’s supercomputer Watson beat two human champions in the quiz show Jeopardy.

An independent panel, which could be chaired by a senior judge or academic, would supply factual and legal descriptions of problems with known outcomes, such as decided cases, to a team of leading lawyers and a team from Elexirr.

The human and machine teams would consider the problems and predict the outcome. Elexirr claims an accuracy rate of at least 71%.

Mr Bull, who will be approaching City law firms to host the event, said the contest would be held in the autumn and he would be approaching TV companies interested in filming it.

“It will be very similar to the Watson Jeopardy challenge, “he said. “It will convince the sceptics that we can do what we’re saying. Whatever happens that day will be a huge milestone for legal tech.”

Elexirr offers law firms lead generation either by referring clients from its own user base or by adding a portal to a firm’s website leading to a customised questionnaire.

“Our chatbot is available around the clock to take details from clients and allows law firms to target a completely new demographic,” Mr Bull said.

“A lot of them are struggling to recruit clients younger than 50. We know many younger people looking for legal services are happy to use a digital tool like this.

“For the firms, the quality of the leads is much better. The algorithm matches clients with law firms based on the preferences we’ve been given by the firms. The preferences could include practice area or geographical location, but also client budgets and a host of other things.”

Elexirr is giving firms a free trial for a month, followed by a payment for each referral. The amount is still to be decided, but Mr Bull indicated it would be between £10 to £50 per case. He said three firms had already signed up and the aim was to recruit a maximum of 50 by the end of the year.

Elexirr is also offering companies a free “bespoke analysis” of the chances of them winning whatever litigation they are involved in, followed by paid-for reports for £500.

“This will give them a competitive advantage and help them decide whether to go ahead with litigation,” Mr Bull said. “There has also been immediate interest from third-party litigation funders – an area which would be perfect for our software.”

Mr Bull told Legal Futures recently that Elexirr would be funded by issuing its own cryptocurrency [1], allowing it to attract investment without losing control of the company.