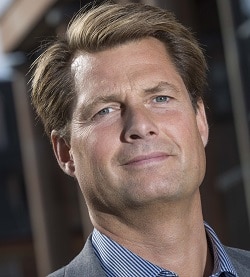 Legal comparison website The Law Superstore (TLS) is to focus on generating lower-cost leads rather than more expensive solid instructions, after it was bought by a similar site for property services.

According to the outgoing managing director of TLS, it was the decision of its private equity backers, JZ International and Souter Investments, to sell the business to reallymoving.com.

Matthew Briggs told Legal Futures: “We built it, we launched it and we proved the concept works, and then they wanted to exit.”

He said he expected Reallymoving to take TLS “to a new level”. The site was the brainchild of Newcastle solicitor Jeff Winn, who owned 30% of it.

Speaking to this website late last year, Mr Winn said firms were unnecessarily afraid of operating on fixed fees, and needed to take a more commercial approach to how they market and price their services, as he looked to grow the number of firms signed up – which was then 110.

Reallymoving has 18 years’ experience in managing a comparison site for all the services involved in moving home, and has 70 firms on its conveyancing panel.

During 2016, its site received 225,000 registrations, and generated 834,000 quotes on behalf of its network of partners. It receives around 11,000 registrations from consumers every month for conveyancing.

Reallymoving chief executive Rob Houghton told Legal Futures that he had originally approached TLS to work together as his company looked to enter the wider legal market, only to be told that it was up for sale.

He explained that his business focused on delivering leads that needed converting, rather than firm instructions, and that this would be how TLS would operate in future, at considerably less cost to participating law firms.

While the TLS model was reviewed and tweaked, Mr Houghton said that it would not be charging for leads for the next few weeks in a bid to attract firms on board, and would then start charging again in the autumn.

TLS already qualifies the leads to a considerable extent by allowing users to be quite specific in what they are looking for, while Reallymoving will add its systems to qualify user details and ensure they are genuine people.

But in many cases people still wanted to speak to a solicitor before deciding to instruct them, Mr Houghton said, although he predicted that consumers would in time become increasingly comfortable with doing it all online.

He stressed that comparison was not just about price and there would be a major focus on quality indicators too.

He insisted that a race to the the lowest price was “not in anyone’s interests… Most people get that when buying advice, cheap doesn’t equal best”.

Mr Houghton continued: “We have been hugely impressed by the success TheLawSuperstore have had in creating a simple way for users to obtain instant quotes for a comprehensive range of legal services.

“It’s a very handsome, and intelligently developed website. We are confident we can use our experience to drive its growth.”

Comparison websites have yet to really take off in legal services, but he expressed confidence that they would do. The experience of Reallymoving was that people shopped around online for conveyancers in the same way they do for a “huge range of services”.