Law students wary of impact of ABSs on salaries and status 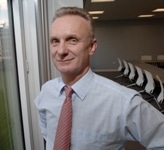 Savage: heartening that students are confident in their careers

Law students believe that alternative business structures (ABSs) will mean more job opportunities but lower salaries and status, according to a survey conducted by the College of Law.

Its annual poll also found that four in ten post-graduate students are shouldering debts of more than £20,000, but they are generally confident of finding a well-paid job in the law.

The college polled 1,900 students studying to be solicitors and barristers, as well as those on the college’s new two-year law degree. Some 63% said the introduction of ABSs will provide a wider range of employment opportunities for lawyers; but 56% thought salaries would fall as law firms compete with other providers, while 51% felt it would reduce the status of lawyers by offering less skilled jobs.

A growing proportion agreed that the introduction of ABS would provide lawyers with more options for developing skills and progressing their careers (47%, compared to 39% last year). Nonetheless, 58% of prospective solicitors would not like to work for an ABS and just 1% said they would prefer to work for an ABS than a law firm.

The average debt of post-graduate students’ has risen slightly to £15,800, compared with £15,600 last year, with 41% reporting debts of more than £20,000 – a percentage that has been rising steadily in the surveys of recent years. But students’ salary expectations on qualifying have also increased compared to last year: aspiring solicitors now expect to earn an average of £37,600, while would-be barristers’ expected salary is £33,400.

Despite expecting the recession to continue for some time, two-thirds were confident of gaining a foothold in the legal profession after completing their studies.

Some 82% believed that the legal profession is socially exclusive, while three-quarters felt that higher tuition fees will deter the best talent from less affluent or non-traditional backgrounds from applying to university.

Of the LL.B students, the first intake of undergraduates to be directly affected by higher fees, 17% very nearly did not study for a degree because of the fee rises and a third had some doubts about going on to higher education. Some 70% of post-graduate students would still have opted to study a degree if tuition fees had been at £9,000 when they went to university.

While the three most popular reasons for wanting to enter the legal profession were ‘interesting and varied work’, ‘an interest in the law’ and ‘intellectual challenge’, aspiring barristers showed more interest in the social usefulness of their chosen career.

If there was a General Election tomorrow 32% of those polled would vote Labour, 29% Conservative and 6% Liberal Democrat.

Professor Nigel Savage, chief executive of the College of Law, said: “I find it heartening that the students show such confidence in their future legal careers despite being realistic about the ongoing challenges faced by the UK economy. We should feel good that they want to join the legal services sector for the right reasons and I hope that our leaders shaping policy in the higher education and legal education sectors will listen to what they are saying.”