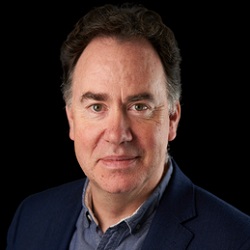 Proctor: Degree of difficulty should not be underestimated

The pass rate of 53% achieved by the first group of candidates to sit part one of the Solicitors Qualifying Exam (SQE) is viewed as “low” by students, the chief executive of the College of Legal Practice said yesterday.

Giles Proctor said students found the pace of the two-part, five-hour, multiple choice SQE 1 “very tiring”, although some had “failed to read the instructions carefully enough”.

Mr Proctor said SQE 1, sat for the first time in November last year with the results published last month, was a “very different animal” to the legal practice course.

“The degree of difficulty should not be underestimated. Students find the five-hour assessments very tiring, given the pace they have to work at. They have one minute, 40 seconds to read the scenario for each question and choose one out of five answers.”

Speaking at a Westminster Legal Policy Forum conference on legal education and ongoing competence, Mr Proctor said students needed to understand “how different” the SQE was to previous courses, with its “very wide syllabus of 13 areas of law”.

Exam technique was “an essential part” of preparation, since practice made things “a little more perfect”. He added that all the students who had taken SQE 1 agreed that nobody should attempt it without taking a properly structured course to prepare.

Julie Brannan, director of education and training at the Solicitors Regulation Authority (SRA), said earlier in the seminar that the regulator was “not planning any immediate changes” to the SQE until “successive sittings” had taken place.

In a later session on diversifying pathways into the profession and improving access from disadvantaged backgrounds, Patrick McCann, director of learning at Linklaters, said that firms active in social welfare law faced a “recruitment crisis”.

The fund – a joint initiative by the CLLS, law school BARBRI and Young Legal Aid Lawyers – currently funded around 22 people.

Speaking in his CLLS role, Mr McCann said the large law firms made “lots of money” and more of it should be “cascading down into other areas of work such as social welfare law”.

He said the SRA “could examine whether something should be done to encourage this”.