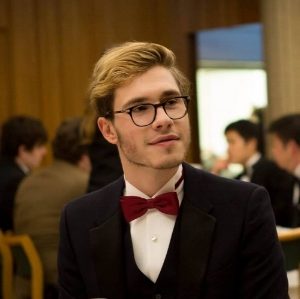 Four Cambridge university law students have created a free artificial intelligence ‘chatbot’ using natural language input with the aim of clarifying whether a criminal offence has taken place and making it more likely the police will take victims of crime seriously.

LawBot currently helps crime victims to report 26 “major criminal offences”, including sex and property offences and offences against the person. The creators’ intention is to expand to cover civil law disputes at a later date.

The students – Ludwig Bull, Rebecca Agliolo, Nadia Abdul, and Jozef Maruscak – started six weeks ago to build the chatbot in their own time, without input from the law faculty, aiming “to help regular people understand the difficult rules that shape and govern our everyday life”.

The app builders insist confidentiality is assured by high-level encryption. After ‘chatting’ with LawBot, users are presented with a summary in legal language that can be given to the police. Currently this facility is available only for crimes of harassment, but an extension to other crimes is planned.

Mr Bull, LawBot’s founder and managing director, who is German and speaks six languages, wrote the software. He told Legal Futures: “Right now we really want to focus on the criminal law because we think this is the area off most public importance… What we are providing is kind of a preliminary assessment of what happened to you from a legal perspective…

“LawBot can explain the information that is available online to you in a simple way. So this is for people who would probably not go to the police station even though they maybe should, because they don’t know what the law is.”

He continued: “The whole technological environment is rapidly changing the legal profession. We think that this project can contribute quite valuably to the technological disruption that is occurring in the legal sector right now.”

Fourth year law student Ms Agliolo, LawBot’s marketing director, added: “In many cases if you have been a victim of a crime you may not necessarily know whether legally you do have an action…

“Especially in cases of sexual offences you don’t want to go to the police and be subject to a very intimidating and lengthy interrogation if you don’t feel that you have a valid claim.

“What LawBot can do is provide a confidential, secure and completely non-judgmental opinion on this matter. That is the advantage it of it being a robot – it can’t judge you, it simply provides access to legal knowledge.”

She acknowledged that it was difficult to provide a simple interface with the criminal law: “On the one hand you can provide very detailed legal language which may not be user-friendly, or you can use very simple language and in some cases it may actually be difficult to determine whether a crime has been committed because it’s so imprecise. So we are trying to strike a balance between these two things.”

One way to help users navigate legalease was to provide examples of the practical use of legal terminology, along with definitions when users told the software ‘I don’t understand’, she said.

LawBot’s creators have introduced ‘randomised responses’ into the software to ensure that no two conversations are the same. They are working to introduce ‘compassion’ to the software’s responses – triggered by words entered by users to make them feel more comfortable when discussing difficult issues.