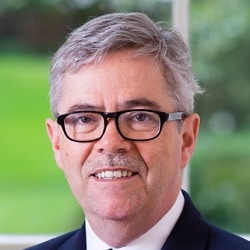 The Law Society’s defence of its practice note on non-disclosure agreements (NDAs) has not silenced its critics, with the leading academic in the field accusing Chancery Lane of “putting PR before principles”.

The academic is also special adviser to the House of Commons’ women and equalities committee in its inquiry on the use of NDAs in discrimination cases.

The practice note has also been strongly criticised by Crispin Passmore, the former strategy director at the Solicitors Regulation Authority (SRA), who is now a consultant, who has suggested that the society has put the interests solicitors ahead of the public interest in the practice note.

Writing on the Law Society website [2] on Friday, deputy vice-president David Greene said that, “although it may be headline grabbing, to suggest that the Law Society has failed to discharge our responsibility to the public is simply not correct”.

He said the practice note sought to outline “current standards” and not make any ethical judgement of NDAs beyond the law, “nor to suggest standards as they ought to be”.

He continued: “That’s because, even amongst claims of misuse, there are also situations in which confidentiality clauses are entirely appropriate and, in some instances, in the interests of the claimant and employer.

“As a professional body, one of our priorities is to ensure our members are aware of the existing legal and regulatory obligations when drafting NDA agreements.

“The practice note was written by specialist practitioners and advisors, with input from the Solicitors Regulation Authority. Through our guidance we advise solicitors to refer to their regulatory obligations and the SRA warning notice.

“The SRA welcomed our guidance. There is no disparity between our approach and that of regulators.”

Mr Greene insisted that the society could fulfil its duty to provide guidance to its members while advocating for policy in the public interest.

“To suggest otherwise is to imply a dichotomy where there is none.”

Professor Moorhead hit back quickly, describing the comments as both “curious and foolish”, and noted that Mr Greene had not dealt with any of his substantive complaints.

“The charges laid against the practice note are not what he says they are,” he said. “They are that it fails to reflect good practice as defined by employment lawyers; that it omits areas of the law that it is relevant, indeed important, for lawyers using NDAs to be reminded of, and that it obfuscates, is in tension with, and sometimes contradicts the SRA warning notice.

The academic said his argument was “principally about legality and professionalism, not ethics more broadly”.

It was wrong to say there was no disparity between the Law Society and SRA’s approaches, he added; one example was the suggestion in the practice note that there may be circumstances where it is permissable not to a party to an NDA a copy. “The SRA are clear that this is wrong.”

The practice note also failed to address some vital issues, such as clawback provisions, he said.

Professor Moorhead insisted that “a good many specialist practitioners and advisors in the field think that the Law Society practice note should be withdrawn or improved”.

He also questioned Mr Greene’s statement that the society was willing to have “an open and frank discussion within the legal community” about NDAs.

Rather, Professor Moorhead said, “he is seeking to put PR before principles and, more importantly still, is trying to pull the wool over the professions eyes on a topic vital to their reputations”.

Mr Passmore has argued that the practice note does not support the SRA warning notice.

Writing recently [3], he said: “It is woolly and gives too much room to solicitors to use clauses that risk the silencing of appropriate reporting to the police or regulators, or perhaps even giving evidence in trials.”

On Mr Greene’s response, he told Legal Futures that the society was “so inward looking that it cannot see the damage it is doing to its already diminished reputation.

“It is a shame that this taints solicitors who are trying to act ethically but are confused by the Law Society guidance.”

He claimed that the draft of the practice note agreed by the Law Society’s employment law committee was subsequently amended by its policy and regulatory affairs committee, chaired by Mr Greene, and challenged Chancery Lane to explain publicly who made the changes to that version and why.