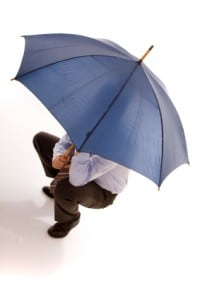 The Law Society has told the 2,911 law firms which have their professional indemnity insurance with Quinn that they do not need to take action at the moment, despite a warning that they may have to seek fresh cover within four weeks of the company’s provisional administration being confirmed.

In a statement issued today, the Law Society said it had learned of a mailing sent out by an unnamed broker stating that in the event of Quinn’s provisional administration being confirmed, Quinn would cease to be a qualifying insurer and its insured firms would have to seek cover from another qualifying insurer within four weeks. The society said it was also aware that Quinn was not contesting the provisional administration.

However, Chancery Lane said it “does not think” the position is as clear-cut as the broker’s letter suggests, urging policy-holders “to await further developments and guidance before taking any action”.

The society said its view is that the Irish administration process which has been pursued by the country’s equivalent of the Financial Services Authority is not the same as administration in the UK. Instead “it appears to be more akin to a regulatory intervention in a business and is intended to maintain the business as a going concern”.

The statement continued: “Our understanding is that the provisional administration order has been confirmed at a hearing earlier today. This does not automatically mean that an insolvency event for the purposes of the Solicitors’ Indemnity Insurance Rules has occurred. It is the Solicitors Regulation Authority (SRA) that will determine this issue. Until it does, please bear in mind their continuing recommendation that firms should take no action at present.”

The society said that even if the order does amount to an insolvency event, it may be open to the SRA to exercise its discretion to grant waivers of its rules.

Meanwhile, speaking at today’s annual conference of the Institute of Chartered Accountants of England and Wales’ solicitors group, Steve Ray, a partner at Lloyd’s broker Windsor Partners predicted that “a number of firms are unlikely to find insurance” should they need to do so mid-year, nor are firms going to want to have to pay another premium.

Legal action against the SRA (for approving Quinn as a qualifying insurer) and firms’ insurance brokers could result, he said, adding that claimants would have to get over the hurdle of knowing that Quinn was not a rated insurer.

Legal Futures understands that one option for firms left stranded mid-year may be for the assigned risks pool to step in, but that is unlikely to be popular. The Law Society has been holding talks with the Association of British Insurers and qualifying insurers to discuss the options.