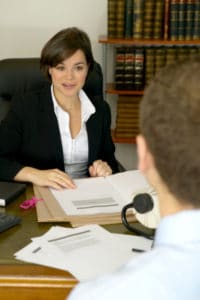 A gender gap in salaries continues to dog the solicitors’ profession, with men earning on average almost a fifth more than women, according to an earnings survey conducted by the Law Society.

Meanwhile, a niche City law firm that shares its profit among all staff announced yesterday that it has paid out more than the equivalent of a year’s salary to every employee in its first four years.

The gap was smallest – and narrowing when judged against the previous two years – among assistants/associates, where men earned an average of £47,000, compared to £42,000 for women.

In London, the gender pay gap for assistant/associate solicitors was narrower than elsewhere: 4.3% as against 10%.

The survey also recorded that since 2000, women’s salaries in this category had grown faster than men’s, 18.6% and 10.2% respectively.

The survey also highlighted the stark earnings gap between the smallest and largest law firms. While the average sole practitioner polled earned £42,000, the figure for an equity partner at a firm with 81 or more partners was £300,000. Assistants in firms of four partners or fewer earned half of what their counterparts in the biggest practices pulled in. Solicitors with some legally-aided clients had 32% lower earnings than those with none.

Overall, average earnings across all private practice grades in all types of firm were up 4.8% to £54,000.

Signature Litigation – the niche firm that distributes all profit according to a fixed and non-discretionary formula to all staff – posted a record profit share of 34.3%.

The main objectives behind the profit-share scheme were the security that resulted from removing discretion in granting salaries, leading to greater motivation and productivity, Graham Huntley, the firm’s founder, told Legal Futures.

He said: “If you have too much discretion in circulation in a professional services environment, that discretion generates concerns about how it will be exercised, and creates insecurity and uncertainty.

“The aim we’ve had here from the very beginning has been to reduce that level of discretion down to its absolute minimum and the result has been security, clarity, and productivity.

“The reality is that if people know that something belongs to them rather than something that might come to them if discretion is exercised in their favour, that sense of ownership generates a degree of responsibility, a degree of enthusiasm, and a degree of commitment, which translates into productivity.”

He explained that there were two profit pools: one for the partners and one for everyone else. The latter pool was based on fixed percentages, in which “every pound of profit is split in a predefined way”.

The partner pool, however, was more complicated because of “market expectations” around partners’ pay. Nevertheless, “it tries to retain certainty of a fixed share with a degree of flexibility around that”, said Mr Huntley.

Signature’s chief executive, Kevin Munslow, said: “Reported turnover for the 2016 financial year of £10.2m represents growth of 36% on the previous year. The firm continues to grow consistently year on year, and we take pride in having a system which returns the value of our success to every employee in the firm without the intervention of the human discretionary element.”