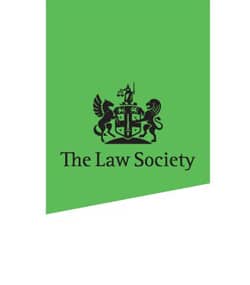 The Law Society has spent around £40,000 on a rebranding exercise rolled out this month, it has confirmed.

The cost – equating to 33p per practising certificate payer – includes design costs, preparation and installation of new templates, new stationery and so on.

In his report to this week’s Law Society council, chief executive Des Hudson said: “The new visual identity has been developed to signpost the organisation’s new focus on meeting members’ individual needs. It represents an evolution from our current identity, retaining accents of ‘Law Society green’ but with a more tailored, commercial professional services look.”

A spokesman added that the society has knowingly run down old stock since last summer to minimise waste, and “given that this is an evolutionary refresh, we have encouraged the business to continue to exhaust old printed materials”. This will continue until the end of the year.

The previous ‘green everywhere’ identity was introduced in 2007 when the representative Law Society, Solicitors Regulation Authority and Legal Complaints Service were established as separate entities within the Law Society group.

so aimed at overcoming unmarshalled confusion of branded and unbranded materials the society produced, said the spokesman. “By creating such a striking and omnipresent identity, it has helped to rationalise our various marketing and corporate materials and helped achieve recognition. The evidence is in the Law Society’s progress up the Superbrands chart over the last four years.”

The most recent Superbrands chart, issued earlier this month, put the society at 69th out of 500 business brands, ahead of the likes of Saatchi & Saatchi, the RAC and HSBC. It also ranked ahead of all law firms and all other professional associations except for the British Medical Association.

The spokesman said that having achieved the “desired change and uniformity” in 2007, it was time to seek a “more prestigious image” with more flexibility for its application.

He explained: “The logo on the cut green ribbon will be omnipresent, but other colours: silver, white and black and even a flash of yellow are now available to the designers. By allowing more flexibility, including the use of some abstract photography, marketing materials will be able to visually differentiate between different types of products.”

As part of its ‘Blueprint’ project, the society is set to roll out a range of new services this year –  with  divisions for small firms and employed lawyers among others – as well as relaunch its website.