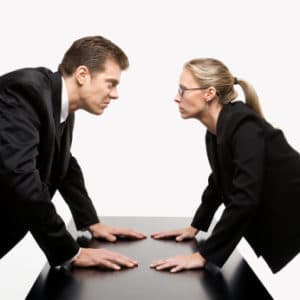 Battle of the sexes: men still far more likely to be partners

The dream of partnership is becoming ever harder to fulfil, especially for female solicitors, according to Law Society figures.

Whereas in 1992 52% of solicitors in private practice were partners, that figure slumped to 42% in 2002 and less than 35% in 2012, according to the society’s annual statistical report.

It has long been the case that men were more than twice as likely to be partners than women, and the proportion of female solicitors who were partners last year was just 20%, compared to 46% of men.

Though this to some extent reflects the fact that women dominate the less experienced end of the profession, it is not a full explanation. Women are closing in on numerical parity with men – women made up 47.4% of solicitors with practising certificates in 2012, compared to 38.6% in 2002.

The trends identified in the report will raise yet more questions about diversity at the largest law firms. “In 2002, 37.2% of White European private practitioners worked in the largest firms with 26 or more partners – in 2012 that figure had risen to 43.5%, whereas, for BAME [black, Asian and minority ethnic] groups the 2012 figure of 20.5% differs little to the 19.8% evident in 2002.”

The big City firms were presumably also responsible for making London by far the most ‘lawyered’ part of England and Wales. In 2012 there was one private practitioner for every 203 adults in London, compared 1:938 in the rest of the country. The East Midlands (1:1,319) has the lowest density of solicitors, and after London, the North West (1:638) the highest.

The report also demonstrated the huge demand for law at undergraduate level, with 14,859 graduating in 2011, over 50% more than a decade earlier. This translated into 8,095 legal practice course students (a 20% fall over five years), although the report – whose format has been revamped – no longer says how many of them actually passed the course; historically it has usually been somewhere between 70% and 80%.

The number of training contracts fell significantly to the lowest level since records began – 4,869, nearly a quarter of which went to trainees from BAME groups.