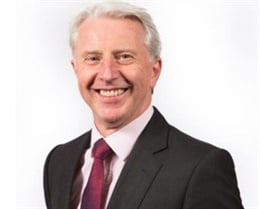 The Law Society has issued its first slavery and human trafficking statement, in compliance with the Modern Slavery Act 2015, emphasising its commitment to ensuring that “such practices have no place within its supply chain or other activities”.

Last year, the society said that law firms should be at the forefront of the fight against modern slavery, both in terms of their own impact as businesses and advising clients on meeting their human rights obligations, and it appears to be leading by example.

In a statement covering the financial year to 31 October 2016, issued last month, the society’s interim chief executive, Paul Tennant, said that as a group – including the Solicitors Regulation Authority – it had reviewed and revised its suite of standard terms and condition templates for the procurement of goods and services to ensure “appropriate contractual provisions” were in place.

These provisions require suppliers to comply with the Act and to have in place such policies and procedures and to take all necessary measures to ensure that nothing relating to dealings in respect of the group, or otherwise within a supplier’s business and supply chain, involves slavery or human trafficking.

Mr Tennant said that each business within the group’s “established strategic supplier base” – the top 30 suppliers by spend, representing around 60% of its procurement expenditure – has been requested to provide evidence of its stance on slavery and human trafficking, their relevant policies and procedures and the due diligence they undertake to mitigate the risk of such activities entering their supply chain.

Supplier selection processes have been developed and implemented by the group’s sourcing department “to embed slavery and human trafficking criteria into the evaluation of potential suppliers” – for example in request for proposal and invitation to tender documents – and requiring such organisations to provide evidence of appropriate policies and procedures.

“This will inform, on a case-by-case basis, the group’s decision whether to engage further with potential suppliers of goods and services,” Mr Tennant said.

The society has also embedded the same criteria into the processes and documentation used for evaluating the potential commercial providers of the goods and services it endorses to the solicitors’ profession, as well as sponsors of events.

The Law Society also identified the fight against modern slavery as a priority in its ‘vision for law and justice’ for the general election campaign.

It came alongside ensuring legal certainty in the wake of Brexit, improving access to justice, and ensuring that human rights were safeguarded.

On human rights, the society said the next government should retain the Human Rights Act or ensure that any bill of rights enhanced the rights currently enshrined in law. It should also ensure that new trade agreements “do not come at a cost to the human rights of others”.

The society said the next government should continue to enforce the Modern Slavery Act 2015 and allocate the necessary resources to victims.