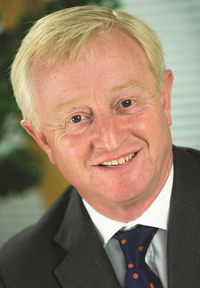 The Law Society is to issue guidance on last month’s Supreme Court ruling on solicitors’ undertakings, which a legal regulation expert said has left conveyancers “very much in a mire”.

But the boss of law firm network LawNet has urged calm and suggested the decision will not change much in practice.

Brian Rogers, regulatory director at the Access Group, called for both Law Society guidance on the issues raised by the decision and – as suggested by the Supreme Court – legislation from the government to clarify the situation.

A Law Society spokeswoman told Legal Futures it is discussing the situation with the Solicitors Regulation Authority and other organisations. “We will be providing guidance to the profession in due course.”

The Supreme Court said [1] in obiter dicta that the court’s supervisory jurisdiction over undertakings did not extend to limited liability partnerships or limited company law firms.

The justices said they shared the trial judge’s concern about whether those dealing with incorporated law firms, and LLPs in particular, were “sufficiently aware that undertakings given by them are not currently buttressed by the court’s supervisory jurisdiction” and expressed the hope that parliament would consider the matter.

A briefing note issued this week by insurance broker Lockton said that pending Law Society guidance, practitioners had two options: advising clients of the limitations of undertakings from incorporated practices and the risks associated with enforcing them; and insisting on any undertaking being given by a solicitor in their personal capacity, almost certainly as well as an undertaking by the incorporated practice.

“It will be important, in these instances, to ensure that the individual solicitor giving the undertaking is authorised to give it. This was a ‘temporary solution’ that was endorsed by the Supreme Court…

“The giving of a personal undertaking is certainly superficially unattractive given that one of the key purposes of incorporation is to manage personal liability.

“Directors and members should be comforted, though, by the fact a personal undertaking given in the course of legal transaction and for the benefit of a client will ordinarily be underpinned by the professional indemnity insurance that the legal practice will have in place.”

Mr Rogers said “one of the reasons that we’ve got problems” is that the Supreme Court had “left it open for the government” to deal with the situation.

“There needs to be firm guidance from the Law Society or the government or this will hugely complicate matters,” Mr Rogers said.

“The conveyancing market is hugely busy and this could slow things down enormously. We just don’t need this.

“Normal high street law firms give undertakings on a daily basis. This will put people in a very difficult position as to whether they accept undertakings from LLPs or limited companies.

“This is not going to be quick or easy. It will not be resolved overnight.”

Mr Rogers added that law firms could not ignore advice from their insurers, particularly with the new indemnity season approaching.

However, Chris Marston, chief executive of LawNet, took a different view. “Undertakings hold together long chains of conveyancing transactions. The risk is no greater today than yesterday or 25 years ago. Law firms have been incorporated for a long time.”

Mr Marston said the only thing that the Supreme Court had “shone a light on” was the inherent ability of the courts to hold solicitors to account.

“I’ve spoken to a number of experts about this and none of them has ever seen this happen. When I was a banker, it never occurred to me that a solicitor could be hauled into court.

“It is for the industry to establish whether there is a need for a solution and what the solution should be.”

Mr Marston said he was concerned that solicitors would get “overexcited” about the ruling and instead they should “take a deep breath” and reflect on how robust their policies were on undertakings.

“There is a very small number of very large firms of licensed conveyancers. Their undertakings have never had this unique ability and nobody has been bothered.

“I’m not a lawyer or insurer but I can’t see that this presents any new risks for insurers.”

He added: “Undertakings have worked for a long time. If firms do not trust each other’s undertakings, I do not see how it can be helpful.”