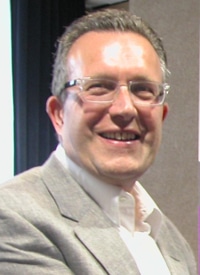 Goldsmith: CQS is the only game in town

The Law Society is to ask members of its Conveyancing Quality Scheme (CQS) whether they would fund a dedicated advertising campaign, it has emerged.

Chief executive Des Hudson raised the possibility at a meeting of the Conveyancing Association in London last week.

He told the meeting that solicitors have a role as the only professionals in the housing market who acted exclusively in the interests of the home buyer, and the Law Society was working to improve the brand of solicitors as a profession.

A Chancery Lane spokeswoman explained: “The Law Society is working to support solicitors sustain their businesses in a changing conveyancing market. The Law Society is responding to the changed market conditions by being at the forefront of innovative measures such as the CQS, which has gained traction as the quality mark adopted by some lenders as a mandatory requirement for firms acting for both the borrower and the lender.

“Later this year the Law Society plans to consult with CQS members on a range of proposals for CQS including a possible levy to fund a marketing and advertising campaign to further elevate the profile of CQS solicitors within the conveyancing sector.”

Conveyancing Association chairman Eddie Goldsmith said: “For solicitors who are serious conveyancers, CQS is the only game in town. Any initiative of the Law Society which looks to differentiate serious conveyancers from the dabblers has the support of the Conveyancing Association. We shall await with interest any consultations on a separate advertising levy intended to support CQS.”

Separately, the Law Society council will be told next week that a series of announced and unannounced visits to CQS members as part of the monitoring process has led to two firms having their accreditation revoked. There are now more than 2,000 firms signed up to CQS.