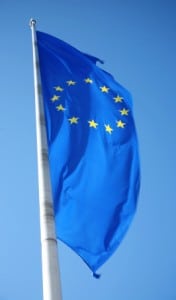 Solicitors are concerned about the lack of certainty on the UK’s future relationship with the European Union, the Law Society has warned the government.

In a speech yesterday, deputy vice-president Robert Bourns also revealed research that showed that every 100 jobs in the legal services market supports 67 elsewhere in the economy.

Speaking at a Policy Exchange conference on the future of the City, which the society co-sponsored with the City of London Corporation, Mr Bourns said: “Members tell the Law Society of their concerns for the unsettling impact of the uncertainty over the UK’s future relationship with the European Union.

This is important if we are to remain attractive to the European market and sustain our position as the largest legal services in market in Europe. This is particularly important as the EU seeks to further its ambition to move towards a larger, more unified, professional services market.”

He listed other areas where government action was needed – while “in some instances less action might be helpful”.

Mr Bourns said: “As the global economy improves, the impact of those elements of business migration policy which place the UK at a disadvantage compared to, say, the US will become all the more apparent. Like other UK international businesses, law firms need the support of a public policy framework which is sufficiently flexible to allow us to anticipate and take advantage of changing business needs.

“In addition, to ensure our firms are competing on a level playing field with those abroad, we must continue to push for the removal of trade barriers which act to keep our goods and services from reaching otherwise viable markets. The Comprehensive Economic Trade Agreement with Canada and the Transatlantic Trade and Investment Partnership with the US are examples of the type of liberalisation we need.

“However, there is still much more work to be done, especially in the area of professional services. We are all aware that India, for example, with few exceptions, currently prohibits foreign lawyers from practising in the country.”

Mr Bourns encouraged the government to use its position to help promote the UK’s legal services abroad and explain the value of market liberalisation.

The society said 2010 currently provides the most comprehensive figures available for calculating output.