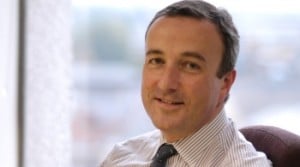 Robert Bourns, senior partner at Bristol-based commercial firm TLT, is to be the next deputy vice-president of the Law Society following his election by the society’s council.

Mr Bourns will take up the role in July, putting him on course to be president of the Law Society in 2016.

Mr Bourns, an employment lawyer, qualified at Osborne Clarke in 1980 before becoming managing, and, more recently, senior partner of TLT, which has offices in Bristol, London, Manchester and Belfast. The firm also has a separate branch north of the border, TLT Scotland, and a shipping finance practice in Piraeus, Greece.

A former president of Bristol Law Society and secretary of the Association of South Western Law Societies, he joined the Law Society council in 2011 and is an elected member of the management board. He is one of five representatives for the City of London constituency.

He said: “The Law Society has an incredibly important job to do in maintaining trust and confidence across a diverse profession, representing in-house and general counsel alongside private practice both large and small.”

“The society needs to provide contemporary support and promote the interests of members and their clients. In the context of continuing changes to regulation, it should be recognised for its relentless protection of the rule of law.”

Meanwhile, former Solicitors Regulation Authority chief executive Antony Townsend has been named as the new complaints commissioner for financial services by the Bank of England and Financial Conduct Authority (FCA). He replaces former Law Society president Sir Anthony Holland in a role he has held since 2004.

Mr Townsend, who left the SRA in February, will be responsible for the conduct of the final stage of investigations into complaints in connection with how the FCA and the bank exercise, or fail to exercise, their relevant functions.

He will take up the post, which is independent from the two organisations, on 1 May. “It is essential that people can have confidence in how the regulation of financial services is undertaken,” Mr Townsend said. “I want to continue the work of Sir Anthony Holland in ensuring and demonstrating that serious complaints are fully investigated and a fair outcome achieved.”