Law Society climbs down over Sharia will practice note and apologises 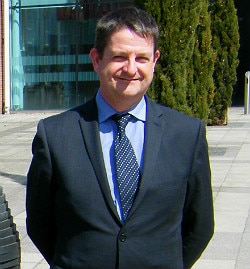 Caplen: we are sorry

The Law Society yesterday withdrew and apologised for its controversial practice note on Sharia succession principles.

Published in March, the practice note led to newspaper accusations that it was effectively enshrining Islamic law in the British legal system by recognising the legitimacy of some Shariah principles.

Law Society president Andrew Caplen said: “Our practice note was intended to support members to better serve their clients as far as is allowed by the law of England and Wales.

“We reviewed the note in the light of criticism. We have withdrawn the note and we are sorry.”

A spokesman added: “We received a number of complaints. We flagged the issues through our governance process and as a result decided to withdraw the note. This is a complex area of law. We recognise that it was not appropriate to issue guidance based on only one of many interpretations of Sharia principles.”

There are no plans to amend or replace the note.

In July the Solicitors Regulation Authority removed reference to the note from its guidance on will drafting “in response to concerns that had been raised”. Critics had seen it as an endorsement of the practice note and there had been a threat of legal action under the Equality Act.

The Law Society had initially described the attacks as inaccurate and ill-informed, saying it had responded to requests from members for guidance on how to help clients asking for wills that distribute their assets in accordance with Sharia practice.

LSS secretary Charlie Klendjian said: “Withdrawal of this guidance was the only possible way for the Law Society to retain the confidence of the profession and the public. We welcome the decision.

“We are particularly pleased that the Law Society has acknowledged the criticism and apologised.

“We are also pleased that there are no plans to amend or replace the practice note. If the Law Society had decided to reissue ostensibly ‘benign’ or ‘non-discriminatory’ sharia guidance it is highly likely we would have challenged that too, because it is not the Law Society’s business to issue Islamic theological guidance to its members any more than it is their business to issue any other form of theological guidance.”

Keith Porteous Wood, NSS executive director, said: “I congratulate the Law Society for heeding the objections we and others made. This is particularly good news for women who fare so badly under Sharia, which is non-democratically determined, non-human rights compliant and discriminatory”.