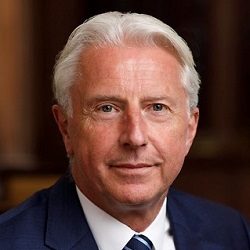 Paul Tennant has quit his £300,000-a-year post as Law Society chief executive to take up the same role at the Abbeyfield Society, a charity for older people.

Mr Tennant, who has kept a deliberately low profile while at Chancery Lane, will leave at the end of the year.

He joined initially as an interim chief executive in February 2017 after Catherine Dixon resigned citing her frustrations with the speed of governance reform at the Law Society.

The post was not advertised for another year and Mr Tennant was appointed full-time in June 2018.

His new role at Abbeyfield marks a return to the housing sector, where he had spent his career prior to the society. A past president of the Chartered Institute of Housing, in 2016 he received an OBE for services to housing.

The Abbeyfield Society is an active advocate for the elderly and is a national charity that provides care and housing. It manages over 100 properties across the country and serves as an umbrella body for 145 Abbeyfield member societies, which manage more than 370 properties in the UK and internationally.

Mr Tennant said: “Housing remains a key interest for me, especially services to older people. The role of chief executive of Abbeyfield is an opportunity too good to pass up.”

I Stephanie Boyce, Law Society president, said: “Paul has made an enormous contribution to the solicitors’ profession. He will leave the Law Society better equipped to support our members with the opportunities and challenges they face.”

Robert Bourns, who chairs the Law Society’s management board, added: “Paul has led the renewal of the infrastructure, enabling the society to respond rapidly to the needs of our members and others during the pandemic.

“He has been determined to focus the society on the needs of the membership. I thank him for his hard work and wish him well in his return to the housing and care sectors.”