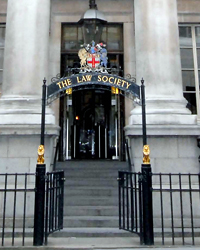 The Legal Services Board’s (LSB) public censure of the Law Society [1] last month is evidence that its rules on regulatory independence do not need tightening, the Bar Council has argued.

The oversight regulator found that the Law Society had arrangements in place that could have interfered with the Solicitors Regulation Authority (SRA), in breach of the LSB’s internal governance rules (IGR).

The LSB consulted on a review of the IGR [2] last year, which has yet to report, and in light of the findings against the Law Society, it invited any further comments stakeholders may have.

The Bar Council’s response to the original consultation was that the current IGR “serve as an effective framework for securing regulatory independence”, and a supplementary submission this week said the LSB’s investigation “has borne out the effectiveness of the IGRs in practice”.

It said: “We note from the report that there have been relationship difficulties between TLS [the Law Society] and the SRA, and that this is part of the reason their situation has ended up in enforcement proceedings.

“Rules and mechanisms for enforcing them are required where cooperation fails, and the fact that the IGR captured the issues between TLS and the SRA shows that they are serving the purpose expected of rules.”

The Bar Council said there were “practical lessons” to be drawn from the LSB’s investigation, “notably the importance of training staff and board members on the practical implications of regulatory independence”.

It added: “We also wonder whether some of the impugned aspects of TLS’s arrangements could have been addressed through assurance by the LSB short of an investigation, for instance as a continuation of the IGR compliance work the LSB conducted from 2010 to 2012.

“A letter from the LSB to TLS dated 28 September 2012 pointed to a similar complexity and lack of clarity in the oversight arrangements, and concluded that ‘further monitoring is a proportionate way to seek ongoing assurance that the design and practical operation of the current arrangements do not pose a more general risk’.”

The Bar Council noted that this monitoring ceased in early 2014. “If concerns subsequently only arose in 2016, we query whether a formal investigation was the most proportionate or cost-effective means of resolving practical problems with the arrangements, especially when the LSB considered that progress had been made.”