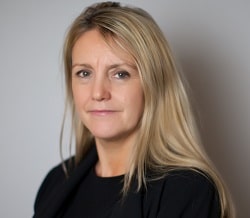 Rafferty: Looking to tackle problem in unified and strategic way

The Law Society and the Criminal Bar Association (CBA) are discussing the possibility of a new career path for criminal lawyers involving both defence and prosecution work, it has emerged.

Angela Rafferty QC, chair of the CBA, warned this week of the “decimation” of both the criminal Bar and the solicitors’ profession if no action was taken to tackle an “unprecedented recruitment crisis”.

Talks on a new career path to improve the attractiveness of criminal law for young lawyers have involved Ms Rafferty, Richard Atkinson, chair of the Law Society’s criminal law committee, and Alison Saunders, the director of public prosecutions.

It is understood that the move could allow trainee solicitors to gain experience both of the Crown Prosecution Service (CPS) and work for defendants in a criminal law firm, helping to break down the traditional divide.

The talks, which are at an early stage, have also touched on how to open up judicial posts to criminal defence solicitors.

Ms Rafferty warned, in her weekly update to CBA members, that the recent “disclosure fiascos” had shown that, without committed solicitors and barristers, miscarriages of justice were inevitable.

“We are working with Richard Atkinson in starting to tackle this problem in a unified and strategic way. We have and will consult the senior judiciary, the Ministry of Justice, the wider government and all the professional bodies about this issue in our campaign to raise awareness of this crisis.”

“Without investment in criminal legal aid both barristers and solicitors will see our numbers continue to haemorrhage.”

The QC called on criminal barristers to “join with our solicitor colleagues in discussing ways to resolve this problem rather than giving up and giving in to a sense of despair (as justified as this would be)”.

She went on: “We could also try supporting those young lawyers who are committed to a career in criminal law. Many report disheartening conversations and a real lack of inspiration from more senior colleagues.

“Those of us who are senior will remember how important guidance and encouragement was when we started. Optimism and determination to help costs nothing and can go some way in improving morale.”

Ms Rafferty added that the CBA would be asking “every criminal silk in the country” to make a contribution towards a bursary fund for pupils and “very junior” barristers.

“We intend to set up an award, which is an investment from the top of the profession to the bottom. It will help those in the early years get on their feet, buy essentials for practice and survive.”

Ms Rafferty added that research by the University of Portsmouth for the South Eastern Circuit and CBA found that barristers reported significantly lower satisfaction with quality of life, home-work balance, working conditions, and higher levels of stress at work compared to the benchmark sample of UK NHS staff.