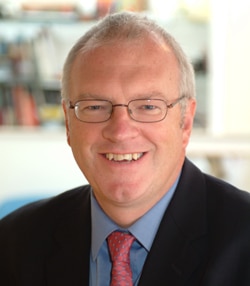 The Law Society has called on the government to lead a “mediated dialogue” with mortgage lenders to deliver “an amicable long-term solution” to the ongoing arguments over conveyancing panels.

Chief executive Des Hudson has asked business secretary Vince Cable to help it reach a consensus with the Council of Mortgage Lenders, the banking regulator and individual lenders.

He told Dr Cable that “such a dialogue is made necessary by the very serious implications of highly restrictive panels for the economic viability of many high street legal practices, exactly the sort of small and medium sized businesses the government has stated to be vital to economic recovery, as well as the principle of consumer choice and the wider consumer interest”.

Mr Hudson said the society recognises the imperatives driving lenders to introduce changes to the composition of their panels – mainly the intervention by the Financial Services Authority, which has called upon lenders to manage their panels intensively as a result of the need to react to the threat of fraud in the mortgage process – but “we consider that many of the changes lack coherence, are based on questionable rationale and impact on both the profession and the public in a damaging way”.

Mr Hudson also called on solicitors to lobby their MPs to raise the issue with Dr Cable. “It is important that members of Parliament are kept informed of the potentially damaging actions of the banks on firms and consumers in their constituencies,” he said.

He added that separate representation would “inevitably” increase costs for consumers and cause delay. “This would be a detriment to the consumer, which was a powerful argument in the society’s recent discussions with HSBC.”