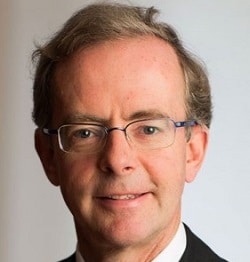 The Law Society of Ireland has confirmed that English and Welsh solicitors will still be able to register to practise in Ireland as the profession steps up its preparations for Brexit.

Catherine Dixon, chief executive of the Law Society of England and Wales, made the announcement at today’s meeting of the society’s council amid reports of a growing number of solicitors seeking dual-qualification in Ireland to ensure access to the European courts.

She also said the society was in touch with its counterparts in Scotland and Northern Ireland “and will take a united approach were we can”. It has also made contact with bar associations across Europe.

In her report to the council, Ms Dixon said there was some evidence of other jurisdictions trying to take advantage of the uncertainty caused by Brexit to encourage parties to use them rather than England and Wales.

She said the society was setting up a series of round tables around the country to engage with members on Brexit, while there would be a meeting with City partners this week to discuss the impact on their businesses and any contingency planning that has taken place.

Ms Dixon said a meeting with Oliver Letwin, the Cabinet Office minister who was setting up a government taskforce on Brexit, has been postponed given the changes likely to occur this week with Theresa May becoming prime minister.

However, the society has meetings scheduled with Richard Heaton, permanent secretary at the Ministry of Justice, and Jonathan Jones, head of the Government Legal Service, to offer legal support.

Ms Dixon said she would also be writing to make contact with all registered European lawyers established in England and Wales, England and Wales solicitors established in the EU, the European Economic Area and Switzerland – as the EU’s lawyer directives apply to all these jurisdictions – and UK-based members of the society’s competition section, “as many of them are likely to be (or have colleagues) involved in EU competition and regulatory proceedings and are therefore concerned with the loss of standing and legal professional privilege in front of the EU courts”.

She further announced that she was establishing a staff task force to work on Brexit, although council member David Greene – senior partner of London firm Edwin Coe – told the meeting that there should be a council committee too.

Ms Dixon said the key priorities were to secure “the best deal for the legal profession under any terms for withdrawal”, especially around access to the single market and the Establishment Directive, which allows UK lawyers to work in other EU states.

Further, the society wanted to build “capacity and brokering expert legal advice to government on the key areas that will be affected by withdrawal on the EU”, and help members to support their clients through the potential uncertainty that may last for months if not years.

Former president Linda Lee urged Ms Dixon to highlight the positives of Brexit and the business opportunities it offered law firms big and small to advise clients on the ramifications.

Meanwhile, Hugh Mercer QC has been invited to chair the Bar Council working group on the impact of Brexit on barristers and the jurisdiction that was announced earlier this month.

Mr Mercer, of Essex Court Chambers, is chairman of the EU lawyers committee of the CCBE, the body that represents Europe’s lawyers at an EU level. His committee handles cross-border regulatory issues affecting all EU bars associations and law societies.

“It is fair to say that Brexit has created a great deal of uncertainty, but one thing we can be sure of is London’s position as the transaction and dispute resolution centre of Europe.

“The Bar, the judiciary, our world-class commercial court infrastructure and our system of common law all contribute to making the UK an attractive destination for business and investment. The UK is the jurisdiction of choice for parties from all over the world.

“Top of the working group’s agenda is securing free movement for lawyers within Europe and other jurisdictions where barristers have benefitted from European trade agreements. This will allow legal professionals throughout the EU to continue providing the advice and legal representation that is vital to their clients’ business and economic interests, and to stability and growth across a range of sectors.”