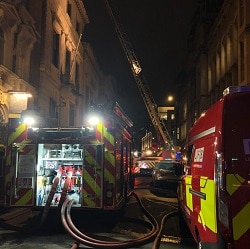 The Law Society recorded an operating loss of £5.5m on its representative work for solicitors in the last financial year, its annual report has shown.

It was part of an overall deficit of £9.3m across the whole Law Society Group, including the Solicitors Regulation Authority (SRA), although the regulator itself made an operating profit of £2.1m.

The annual report said the deficit had been budgeted for, as it was primarily driven by the £61m IT transformation project that began in 2017 and is set to last until 2022. This is two years longer than has previously been stated.

To smooth out the cost and not cause a spike in practising fees in any year, part of the project was initially funded out of reserves – which stood at £62m last October, down from £73m the year before.

Subsequent to the year-end, the Law Society announced that the SRA would become a distinct legal entity within the group, potentially triggering a difficult debate over the division of the reserves.

The report said the society’s ruling council has also agreed to spend £5m on property refurbishment and conditionally approved £5.6m “to improve the society’s learning offer to members”.

In February, there was a major fire at the Law Society’s offices affecting 114 Chancery Lane – which adjoins the main 113 building. The report said the cost of repair and restoration is estimated at £7.5m, all of which – bar a £25,000 excess – will be covered by insurance.

The society’s annual general meeting and official unveiling of David Greene as the new president has been put back from July to October due to Covid-19.