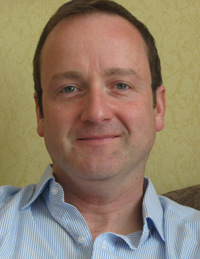 More than one in five law students polled in the UK and the US admit that they would falsify time records for personal and business gain, according to a study of student ethics.

Meanwhile, female law students tended to think more in ethical terms than men, with the weakest ‘moral identities’ among those intending to practise business law, the academic study found.

The study, by Professor Richard Moorhead and Catrina Denvir of University College London’s Centre for Ethics and Law, along with three academics from Cardiff Law School, and universities in Chicago and Oklahoma, advised that law schools should reconsider how they prepare students and law firms how they “signal their own ethical identities”.

The context for the study – published in the International Journal of the Legal Profession – was the theme in legal scholarship that lawyers have lost their moral compass. It attempted to use measures of values, moral outlook and professional identity to gauge the “ethical and professional identity of law students”, including whether law students had a different approach to ethics at the start and end of their legal education.

Its findings were inconclusive on the question of whether the process of legal education itself weakened ethical behaviour – which some academics have claimed – although there were no clear signs in the data showing that law school “leads to a profound change in the ethical identity of law students”.

Disturbingly, the study found: “Between a fifth and a quarter of our students were prepared to admit hypothetically that they were willing to falsify time records for personal (and business) gain.”

The academics concluded: “The pull effect of career intentions and the conflicting evolution of professional identity we have found suggest law schools may need to look harder at how they prepare their students for legal practice and the jobs market, and firms should consider how they signal their own ethical identities.”