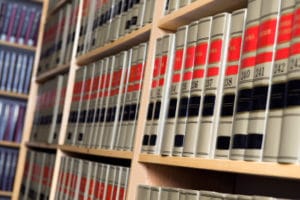 Legal knowledge: SQE will only provide superficial understanding of law

The Bar will “truly be able to say that barristers are better educated in the law than solicitors” if the Solicitors Regulation Authority (SRA) presses ahead with its reform of education, law lecturers have said in an excoriating response to the regulator’s consultation.

The Society of Legal Scholars (SLS), most of whose 3,000 members are legal academics in universities, said that the whole process of reform has been “fundamentally flawed” and would lead to the creation of “cramming colleges”, as well as two types of solicitors.

The SLS said: “It ignores the evidence in the Legal Education and Training Review, commissioned by amongst others the SRA, which said that most people are broadly happy with the current system of legal education and training the SRA and want only limited reforms.

“Despite having several years to do so, the SRA has failed to provide robust evidence as to inconsistency of standards in the present system.”

The solicitors qualifying examination (SQE) is the proposed centralised test for anyone wishing to qualify, with the aim of ensuring there is a consistent benchmark for would-be solicitors, given the increasing variety of ways in which they can reach the point of qualification.

It would be split into two stages, with the first consisting mainly of computer-based questions. The regulator said it expected many aspiring solicitors to take SQE stage 1 before their work experience and stage 2 after it.

The SLS said: “The essential question is to what extent can a consumer or employer have confidence in a solicitor whose legal knowledge and skills have only been assessed by the SQE. Five of the six knowledge assessments for the SQE1 will be three hours long and consist of 120 questions with one being two hours long with 80 questions.

“Given this, consumers and employers can, at best, assume only that their solicitor’s knowledge is very superficial…

“Law is a discursive subject where, on occasion, solicitors are expected to provide appropriate arguments for their clients’ circumstances in situations where the law is unclear. There is no evidence that the suggested assessment regime will demonstrate that SQE candidates are capable of doing this.”

The society argued that it could not be said that a future solicitor who was “merely SQE accredited” would have the same depth of knowledge of law as a solicitor with a law degree.

“This risks creating a two-tier occupation with solicitors who will be viewed as technicians on the one hand and those who will be regarded as professionals on the other. How will consumers know which kind of solicitor they are employing?”

The SLS acknowledged that there was nothing wrong with centralised arrangements in principle. “The major flaw is that the proposed arrangements do not provide a robust and effective measure of competence as regards knowledge and understanding of the current foundation subjects, which remain part of the areas of required knowledge…

“It means in effect that the profession will become one where a person will be able to qualify as a practitioner without having studied at degree level and been assessed at that level on the core building blocks of the knowledge needed for that profession.

“The Bar, which is unlikely to make the same mistake, will truly be able to say that barristers are better educated in the law than solicitors.

“Most jurisdictions around the world require possession of a law degree as a complement to a centralised assessment. There are real risks that the qualification of solicitor will be devalued in international perception.”

The society said it was “inevitable” that cramming colleges teaching students how to pass the SQE would be set up.

“Since they will be unregulated, they will be of varying quality. Commercial exigencies mean that none are likely to provide teaching which is comparable in quality with that found in law degree and legal practice course providers.

“In time some of the new colleges will prove to be ineffective at training for the SQE. However, their market failure will be at the expense of the time and money of students that they have taken in.”

The SLS also predicted that “serious firms” will require trainees to have at least the equivalent of the graduate diploma in law and not just preparation for the SQE.