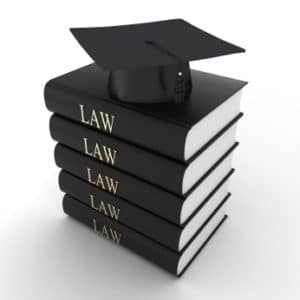 While the top end of recent law graduates are second only to business students in their earning power, the average wage law graduates receive does not stand out among other occupations, a massive government study has found.

It put maximum annual earnings at over £60,000 five years after leaving university, but median earnings below £25,000.

It highlighted too that an earnings gap between men and women entering the law opened up at the very start of their careers, and the huge gaps between the earning potential of graduates from different universities, with those from Oxford clear at the top, followed by Cambridge.

The data was the third in a series of higher education-related releases from  the Department for Education’s experimental Longitudinal Education Outcomes dataset.  It looked at higher education and tax data in the tax year 2014/15, for those who graduated with a bachelor’s degree in 2008/09, 2010/11 and 2012/13.

While business and administrative studies graduates from 2008/09 topped the tables for maximum possible earnings, at over £70,000, followed by law and economics – both at just over £60,000 – median earnings were between about £20,000 and £35,000 across almost all subjects. The exception was medicine and dentistry, where median salaries were more than £45,000.

At median earnings of below £25,000, law graduates were fifteenth of the 23 degree subjects covered by the survey, in between language and biological studies graduates.

Despite the profession’s efforts to level the field for women lawyers, almost nine out of ten men had higher median earnings than women five years after graduating in the 2008/09 cohort.

The gender pay gap was apparent across the 23 degrees, with the sole exception of English Studies – 87% of male law graduates earned more than their female counterparts, the sixth highest figure across all subjects.

In the same cohort for both genders, the proportion of law graduates in “sustained employment, further study, or both” five years after graduating was more than 80%.

Unsurprisingly, among law graduates earning over £30,000, prior attainment – that is, good ‘A’ level results or equivalent – was a predictor of higher earnings.

The survey advised that data quality was subject to “possible errors” but it should nevertheless “provide a good reflection of an individual’s employment and earnings for the year”.

However, a warning from the representative of higher education institutions, Universities UK , written by academic Dr Kathleen Henehan, cautioned that limitations included that self-employed graduates were excluded from the data. She noted that those working abroad were also excluded, and the figures did not account for whether a graduate was in full- or part-time work.