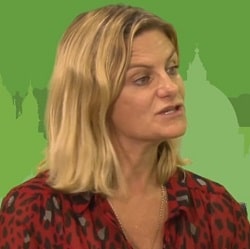 Perkins: Thousands of ethically dubious agreements have been made

Law firms are willing to draw up non-disclosure agreements (NDAs) that clearly breach Solicitors Regulation Authority (SRA) guidance, according to the woman whose own NDA threw the spotlight on the issue.

Separately, it has been claimed that some lawyers’ approach to NDAs shows they “do not take their professional obligations to respect the rule of law and the administration of justice seriously”.

Zelda Perkins worked at Harvey Weinstein’s film company Miramax and the NDA she signed after resigning from the company, and her comments about her treatment during the process, triggered the wider debate about the use of NDAs.

Last month, the SRA revealed that a solicitor at magic circle firm Allen & Overy who acted for Miramx and Mr Weinstein has been referred to the Solicitors Disciplinary Tribunal.

It separately said that it has 12 ongoing investigations into the use of NDAs in discrimination and harassment cases by law firms, two of which have been referred to the tribunal.

Ms Perkins has already given evidence to the House of Commons women and equalities committee, which is conducting an inquiry into the use of NDAs in discrimination cases.

But in newly published supplemental evidence, Ms Perkins said she has been made “painfully aware” that the SRA’s warning notice was not having the effect it should be.

“As recently as last month, 12 top UK firms when approached were willing in principal, to draw up NDAs, which clearly break the SRA’s warning notices.

“There will be an in-depth article appearing shortly in the public domain with the facts that this investigative journalists finds, which I believe will be an important source of information for the committee to consider.”

Ms Perkins said it was “clear that thousands of ethically dubious agreements have been made” in the 20 years since her NDA was signed.

“This begs the question as to what effective enforcement action the regulators are taking or are able to take.”

Though the case against the Allen & Overy lawyer indicated the SRA’s willingness to take action, she said it was “not only about an individual law firm being made an example of”.

The key lay with the government, the SRA, the Law Society and the Bar Standards Board “taking steps to aide those who work in law”.

Ms Perkins explained: “Throughout this process I have had, and am still having, a very negative and disheartening time at the hands of lawyers and law firms whose ethical approach to the law seems to suggest that the power of contract law is stronger than ethics due to the sums of money involved.

“My own representation at the time could not or did not know how to protect me sufficiently. Even now they are still in thrall to an agreement that clearly perverts the course of justice.

“I am still battling to get sight of paperwork from them and was left with no choice other than to make a subject data access request to view documents held by them; the only other alternative open to me is to obtain a court order. This highlights the incorrect power these agreements have been allowed to hold.”

Ms Perkins called for the UK to follow the example of some US states in imposing strict limits or bans on the use of NDAs in sexual harassment cases.

She added: “We don’t seem to be addressing the inequality of bargaining power. This is not usually about the quality of lawyering, but rather on the one side a rich and powerful individual and on the other an individual who has been subjected to inappropriate behavior and regards the environment in which they have to work as a toxic environment.”

Meanwhile, in his submission to the government consultation on reforming NDAs, Professor Richard Moorhead – the legal ethics specialist who is advising the House of Commons committee on its inquiry – said there was “a real need to reset approaches to NDAs”.

He explained: “The examples I have seen suggest that some in the legal profession do not take their professional obligations to respect the rule of law and the administration of justice seriously.

“And those minded to be more professional in their approach nonetheless come under pressures from clients keen to cover up allegations of misconduct.

“The low likelihood of challenge to agreements means that the risks to those using agreements in and beyond the grey zone is very low indeed even with greater scrutiny from professional regulators.”