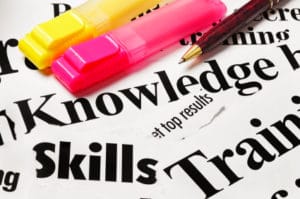 The more law firms find out about the planned Solicitors Qualifying Examination (SQE), the less positive about it they become, expecting that they will have to top up the knowledge acquired under the new route to qualification, research has found.

The poll also found widespread ignorance of the Solicitors Regulation Authority’s planned overhaul of training, with just a third of law students aware the route to qualification is set to change and fewer than half of firms understanding the rationale for the move.

The survey, carried out for BPP University Law School, involved 1,370 students and just 59 law firms, although BPP said many of these were very large and together offered 850 training contracts annually – about 15% of the total.

Less than half of the firms said they understood the changes and a third admitted they did not. .

Almost three-quarters said the intended benefits of the SQE had not been sufficiently explained and a similar proportion doubted the depth of knowledge required by the new regime would compare with current qualifications.

So those who felt negative about the SQE outnumbered those feeling positive by nearly three to one.

The more they knew about the changes, the less they liked them, with most firms accepting that “additional training would be required to make up for the expected deficits of the SQE”, the survey said.

It continued: “Regardless of their size, most law firms tended to consider skills training to be an important part of pre-workplace preparation.

“However, only legal writing and research will be tested in SQE 1 [the first of two tests that will form part of the new qualification process] and it is envisaged the remaining skills will be learnt on the job.

“Clearly this is not what the profession wants. Only a minority of survey respondents were aware that the range of legal subject areas that currently form the elective subjects on the LPC will not be tested at all in the SQE.”

The survey found awareness of the SQE – which is due to be implemented after September 2020 – low among both law and non-law students. More than a third (36%) of law students and nine out of 10 non-law students were ignorant the route to qualification was changing.

Jo-Anne Pugh, BPP’s strategic director of programme design and development, said the findings suggested that the law firms surveyed “have not become more receptive to the SQE”.

She added: “If anything, students are even less pleased – not least because most of them seem unaware of the changes, even though their likely introduction is only two to three years away…

“Ultimately, it may make sense for law firms and students to see the SQE as an essential ‘floor’ for legal training rather than a sufficient ceiling. After all, the regulator only determines what the minimum requirement is – the market decides what is ideal.

“If the SQE is looked at in this way, then more in the profession might begin to feel positive about the exam, or at least a lot less negative.”

An SRA spokesman said: “The SQE is about confidence that new solicitors are meeting consistent, high standards.

“With multiple exams and courses, the current system doesn’t do that. Many are put off by the need for an up-front gamble on the expensive LPC. Others are left with a lot of debt but no training contract.

“The new arrangements will mean that aspiring solicitors can learn more of what they need in the workplace, and firms can add in additional skills and training to suit their needs. That will help both firms and students.

“The report highlights many of the potential benefits of the SQE, including the opening up of the apprentice route into the profession.

“We have said that we will be working hard over the next three years to make sure students and aspiring solicitors are fully aware of the changes and transition arrangements, and the report supports our thinking.”