Law firms urged to reinvent themselves in LASPO era 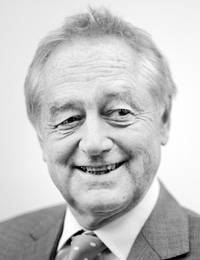 Allen: business as usual was not an option

The changes in the legal market, particularly the ability of ordinary people to access justice, means law firms have to reinvent themselves, one of the country’s best-known solicitors claimed yesterday.

Outlining the ‘continuous innovation’ programme put in place by his London firm Hodge Jones & Allen (HJA), Patrick Allen warned that “just because you do vital work, it does not give you an automatic right to exist”.

Mr Allen said the past two years has created a perfect storm for firms like HJA with the Jackson reforms, slashing of legal aid, introduction of fixed costs, costs budgeting and new rules on proportionality – much of it introduced in the Legal Aid, Sentencing and Punishment of Offenders Act 2012 – meaning the practice had to rethink the way it did business.

HJA is best known for its work in criminal law, medical negligence, housing, civil liberties and human rights, acting for Neville Lawrence and the Bridgewater Four among many other high-profile matters.

“It was clear to us that business as usual was not an option – we had to change, be innovative and reinvent ourselves,” Mr Allen said.

The programme has seen the firm take “a bottom-up review of its structure, its management, the type of work it undertakes, the way it recovers fees, the processes it employs and the support fee-earners need”.

The effect is expected to enable the firm to increase its £14m turnover by a third over the next two to three years, with profits expected to double.

Mr Allen said: “There were no sacred cows. We challenged everything and we continue to do so. Everyone in the business has had to respond to the agenda of innovation. We have innovated on big issues, such as governance, introducing a board of directors with clear roles, responsibilities and decision-making powers, to make the firm fleeter of foot and more responsive to the volatile business environment.

“We have also innovated on the smaller things, recognising that small changes can add up to make a big difference, from rationalising and reviewing precedents, to relationship management initiatives, to the establishment of a new legal help centre for the take-on of clients.

“Change is hard and we were aware of the pressures this has put our staff under, so we have simultaneously introduced new staff assessment and feedback procedures to ensure we can understand and respond to their needs. This has included adopting the London Living Wage.”

An early adopter of IT in the 1980s, HJA is 70% of the way towards being paperless and expects to have eliminated the need for paper within the next two years. Mr Allen has also been a member of a working group to improve the use of technology for court users and is looking to see how IT can help to make arbitration schemes attractive as an alternative to the court system in personal injury cases.

Among the operational heads recruited to the firm and its management board were former WPP director Jonathan Francis, the strategy and commercial director, and the former head of HR for the Olympic Village, Diane Poulter as HR manager.