Law firms that fail to change “no longer sustainable” after 2020, report predicts 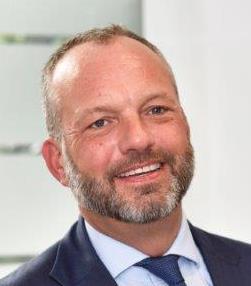 Law firms that fail to prepare for changes in the market are likely to be “no longer sustainable” beyond a “tipping point” around the year 2020, a report by accountants Deloitte has predicted.

The report said fewer “traditional lawyers” would be needed in the future, but there would be more sales executives, project managers and technology experts.

In Developing legal talent: Stepping into the future law firm, Deloitte predicted: “The legal profession will be radically different in 10 years. Changing client demands, employee expectations, technology and other external factors will alter the nature of jobs and skills required in the future.”

The accountants said there would be a “new mix of skills among the elite lawyers”, with those adapting to change progressing faster, and international expansion and mergers would result in a need for greater flexibility and mobility among staff.

Law firms would show a “greater willingness to source people from other industries with non-traditional skills and training”.

The report went on: “There is a growing mismatch between skills being developed and skills required.

“To attract and retain the talent necessary to operate in the new environment, law firms will need to recruit and develop a new type of employee. The future law firm employee will need to have behaviours and skills that are inherently different from those required today.”

Peter Saunders, lead partner for professional practices at Deloitte, said: “Advances in technology mean that an ever-greater number of traditional, routine tasks within the legal sector can be automated by smart and self-learning algorithms.

“Some firms are already making use of virtual assistants or e-discovery tools. However, there is more that the legal sector can do to use automation and technologies.

“Our report shows that firms have already identified a mismatch between the skills that are being developed through education and those currently required in the workplace. Employers will need to look for lawyers who are not just technically competent, but who have a broader skill set.”

The report warned that partners retiring over the next decade, a shortage of skilled workers and alternative career options in-house or within alternative business structures could lead to an “employee-led” job market.

Deloitte said that medium-sized law firms would need the scale to invest and innovate if they were to compete with the big firms and more agile smaller firms, less restricted by fixed costs.

“Pressure on mid-sized firms will intensify as merger and acquisition activity continues and the market sees more new entrants.”

Deloitte said it expected the most successful firms to be those agile enough to meet client needs at an “efficient” price.

The report described the impact of automation in the legal sector until now as having a “polarising effect”, with “lower skilled jobs, such as legal secretary” being lost while new high-skilled roles have been created to develop and manage new technologies.

In the longer term, Deloitte said automation “could cause some high-skilled roles to be displaced and people may need to redeploy/reskill themselves for alternative jobs”.

The accountants said the impact of ABS had been “slow”, but “was gaining momentum in the UK, as law firms and new entrants offered more innovative business models.