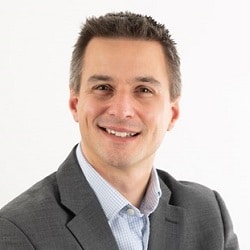 Law firms have been advised to remove many of their printers before staff returning to the office this summer from lockdown start using them again and increase costs.

Charlie Jones, head of finance at Wolferstans in Plymouth, said half of the firm’s printers had already been removed and others had been located to “make it a bit harder” for staff to use them.

Speaking at a virtual conference organised by software supplier Access, Ms Jones said printing and postage costs “had gone down massively” since March last year, even though the law firm had been “paper light” for some time.

Since the remaining printers were moved, she admitting to having to “run up and down the stairs” which was “annoying, but the right thing” to do. “If the printers are there, people will use them. It’s too easy.”

She said that one of the Big Four accountancy firms had only four printers for 850 staff at its office in Bristol.

Stewart Matthews, joint managing partner of Neves Solicitors in Milton Keynes, agreed that the cost of printing and postage had “fallen dramatically” during the pandemic, with printing “the biggest one” for his firm.

He said the firm had also gained by being able to hold virtual internal meetings for the first time, despite trying “for years” to avoid partners at Neves, which has offices in Luton and Harpenden as well as Milton Keynes, having to drive up and down the M1.

Mr Matthews said use of Zoom and Teams also made Saturday opening “more doable” for the law firm too, and private client or family law appointments could be made without greatly disrupting a fee-earner’s day.

He said requests for a Saturday morning service came from fee-earners, via clients who did not want to take a half-day off work to talk to their lawyer.

“You need to bounce ideas off your colleagues and check that they are OK, which has been really difficult over the last 12 months.”

Ms Jones said it was “crucial” for law firms to seize the opportunities created by the pandemic and act on them now.

She said people had “worked in a set way for a very long period of time” and it would be “really easy” for them to return to those ways in June.

Ms Jones said not all clients wanted to communicate with the firm only on Zoom, and it would have to find a “difficult balance” between face-to-face and digital approaches.

She said Wolferstans did not want to go for a “fully digital model” but it did want to offer choice, and that would be the differentiator between it and some other firms.

Mr Matthews said one solution could be to hive off digital-only businesses in conveyancing, for example, and leave the bespoke service behind with the rest of the firm.

He added that three qualities firms needed to prosper in the post-pandemic world were the ability to adapt to whatever the new normal turned out to be, determination not to slip back into the old ways, and drive to build on the “positives” produced by the pandemic.