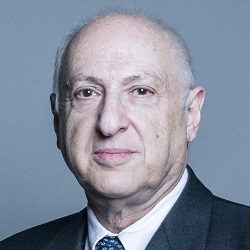 Carlile: Privilege should continue to apply to “legitimate transactions”

The government said yesterday it would consider a barrister peer’s call for law firms to register their work on transactions that cover areas of national security and potentially remove legal professional privilege to examine them.

Lord Carlile QC – the former independent reviewer of terrorism legislation – said using a regime like that created by the National Security and Investment Act 2021 (NSIA) would allow for scrutiny of law firms’ involvement in such deals.

The NSIA allows the government to scrutinise and intervene in certain acquisitions that could harm the UK’s national security. Buyers are legally required to disclose acquisitions of certain entities in 17 sensitive areas of the economy.

Speaking as the House of Lords considered the fast-tracked Economic Crime (Transparency and Enforcement) Bill, Lord Carlile described law firms and other professionals that, “mostly in perfectly proper circumstances before this conflict arose, without any breach of law or ethical standards, have been involved in actual or intended transactions that may well have brought financial benefit, and therefore belligerent facilitation, to the Russian state”.

This work “could tell us a great deal about what the Russian state is doing”, as well as revealing criminal activity, he went on.

“I respectfully suggest to the government that they should adapt the NSIA architecture to a register of transactions by lawyers that lawyers and other professionals would have to report in clearly described circumstances, even though legal professional privilege would continue to apply as an inviolable principle unless there was an effect on our national security, as described in the NSIA.

“It seems to me that that sort of architecture would satisfy what is in my view a need for professional firms, if they participate in transactions that now seem to be politically dubious apropos the Russians, to be examined.”

Lord Carlile stressed that it was important that legal professional privilege should continue to apply to “legitimate transactions”.

For the government, business minister Lord Callanan described the proposal as “a complicated matter and not for this bill, but… we will certainly look at that”.

Another crossbencher, Lord Vaux, urged greater responsibilities on lawyers when it came to the proposed register of beneficial ownership.

“At the moment, we rely on the passive, risk-based requirement to report suspicious activity,” he said.

“It would seriously concentrate the minds of lawyers and accountants who advise those using offshore entities if there was an active requirement for them to place a statement on the register that they have carried out their due diligence and are satisfied that the beneficial ownership is correctly stated, and if we also made sure they were liable for that statement.”

The debate, as in the House of Commons, saw members round on lawyers and other ‘enablers’ of dubious Russian work.

Lord Cromwell, also a crossbencher, said enablers working with international clients whose source of wealth was “opaque” had many questions to answer.

“The temptation of substantial new fee-earning opportunities has led some firms to take an accommodating, light-touch approach to anti-money laundering regulations – just within the letter of the rules, although sometimes not even that, and largely on a self-regulating, self-reporting basis: what we might call ‘marking your own homework’.

“Some enablers, as part of their onboarding process, actually coach clients in how to answer. They are tactical in what they ask – and do not ask – of clients, or accept pretty modest levels of proof, or even provide clients with services to mask their wealth and ownerships, or distance themselves from a rather disreputable hinterland.”

Liberal Democrat Baroness Kramer expressed her disappointment about the bill’s failure to deal with enablers.

“Enablers include many respected names with very close ties to the political establishment; but why does the bill not crack down on them and why is there no failure-to-prevent clause included in the bill, or some equivalent kind of action? It is absolutely vital.”

Another Liberal Democrat, Lord Clement-Jones, took up the point: “Where are the legal sanctions for professional enablers? Where are the measures to prevent abuse? Where are the mandatory disclosure rules? Where are the penalties for false statements? Where is the necessary whole-of-government approach that is recommended in this respect?

“The Prime Minister seems to think [1] that regulation by the Solicitors Regulation Authority is a sufficient deterrent.”

Lord Callanan argued that the UK supervisory regime was “comprehensive”.

Last July, the Crown Prosecution Service amended its legal guidance on money laundering offences for prosecutors to make it clear that it is possible to charge someone under section 330 of the Proceeds of Crime Act 2020, which relates to the failure to disclose money laundering in the regulated sector.

“This closes a long-standing gap in law enforcement’s toolkit, which will better enable us to tackle the small minority of complicit professional enablers.

There was also criticism of a failure to take action over so-called SLAPP lawsuits – strategic litigation against public participation – which aim to silence critics.

Viscount Colville of Culross said a number of journalists writing about Russian wealth had told him about the “very aggressive legal letters” they had received.

“Not only do they threaten a list of legal actions, but even the letters themselves are secret,” he recounted.

“The recipients were threatened with actions for breach of confidentiality or even copyright if they made the letters public.”

He said he had obtained one letter from a leading London law firm to a freelance journalist which threatened them with breach of privacy and gave “severe warnings against mentioning the law firm unfavourably”.

Viscount Colville said: “I fear that these SLAPP orders pose a chilling effect on free speech in this country.

“During the debate on the bill in the other place, the minister announced that Dominic Raab has made a call for evidence. I hope that this includes setting up a bespoke judicial mechanism tailored to look at these orders at an early stage to decide whether publication is in the public interest.”