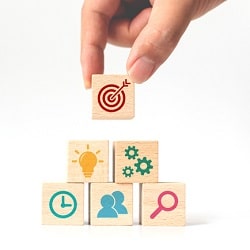 Law firms should advertise unbundled services or offer them directly to clients, the Legal Services Consumer Panel (LSCP) has said.

They should also use technology to develop a case management system for unbundling which clients can access, giving an outline of the tasks they need to perform and the deadlines involved.

The panel said unbundling had “untapped potential”, although its annual tracker surveys found unbundled services had decreased from 19% of legal services delivered in 2015 to 16% in 2020.

The LSCP said: “We understand providers’ reluctance to engage or to promote this type of delivery.

“However, with the support of clear and effective regulatory guidance and technological tools, providers can reduce the risks associated with unbundling. This would support many consumers in accessing much-needed legal advice.”

The panel said conditions where unbundling could thrive were probably linked to the delivery of public legal education at the point of need, and it would like to see “improved promotion either directly to consumers or through appropriate advertising of unbundling services”.

It called on legal services providers to use technology “to develop a case management system and assess consumers’ capability”.

The LSCP went on: “The case management system should be accessible to consumers, giving them an overview of the process and outlining the tasks to be delivered by each party.

“This could help in preventing delays by informing consumers of overdue tasks and provide them with updates on the case.”

The panel said its landmark survey of unbundling in 2015 concluded that its use benefited consumers and increased access to justice, reducing the cost of legal services by up to two-thirds.

However, evidence from its tracker surveys showed a “consistent decrease” in the percentage of legal services delivered this way.

It found unbundling was most popular for immigration work, advice about benefits or tax credits, probate, employment disputes and family matters.

There were “considerable differences” in the way ethnic groups used unbundled services, with unbundling making up 34% of legal services delivered to Pakistani consumers and 26% for Chinese consumers.

This compared with only 14% for White British consumers and 15% for Black African and Caribbean consumers.

The LSCP said it recently wrote to the legal regulators, representative bodies and the Legal Ombudsman (LeO) asking for an update on their work on unbundling but only the Solicitors Regulation Authority (SRA), the Bar Standards Board (BSB) and LeO responded.

The panel advised the SRA to produce guidance on unbundling, including “the types of scenarios where unbundling can best be provided” and support on assessment of consumer capability, including examples or case studies.

“The SRA should explore the feasibility of encouraging providers to offer unbundled services as a standard feature, while assessing consumers’ capability and any potential risks at the same time.”

In the same way, the panel recommended that the BSB provided guidelines to public access barristers on “how to deliver clear and understandable information to consumers about the agreed work”, building on its current public access guidance.

“The guidelines should include practical examples underlining the importance of using plain English and less legal jargon, and templates with agreements of the tasks agreed between consumers and providers.”

The LSCP said it expected LeO to undertake the thematic review or case studies on unbundling that it had asked for in 2015, along with collecting data on the use and impact of unbundling.

“Steps taken so far by the regulators and LeO on unbundling show a rather fragmented picture, which might explain consumers’ sporadic use of this service.”

Also in 2015, the Court of Appeal said solicitors who offered unbundled legal advice to help litigants deal with challenging parts of the process provided an “invaluable” service to both the court and litigants.