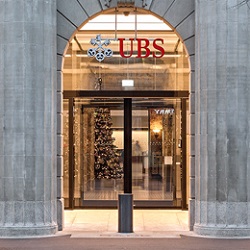 The report of a law firm instructed by a major bank to review how it handled an employee’s allegation of rape was not covered by legal advice privilege, an employment tribunal has ruled.

UBS was not looking for a lawyer and instructed Caroline Stroud of top City law firm Freshfields Bruckhaus Deringer because she had the right experience for the specific task, said Judge Grewal.

She just “happened to be a lawyer”, the judge explained. “She was not being asked to review it as a lawyer or to do it using her ‘legal spectacles’.

“She was not being asked to give any advice relating to the rights, liabilities, obligations or remedies of the respondent under either private or public law.

“In those circumstances, I do not accept that Ms Stroud’s investigation of the HR department’s handling of a complaint and advice on how HR processes could be improved was done in a legal context.”

The ruling was actually handed down in 2019 in the case of Ms A v UBS. Ms A, a former junior trader, accused the Swiss bank of mishandling her complaint of rape and sexual assault.

Her claim for gender discrimination and sexual harassment, as well as victimisation, settled last year on a confidential basis, except that it included a five-figure donation to British-based whistleblowing charity Protect.

However, the outline of Judge Grewal’s decision was reported by the Financial Times recently and so on Friday Ms A tweeted out the full transcript.

She said: “I’m sharing this because only judgments and their reasons are published on the gov uk website. Orders are not, but the precedent contained in these reasons may help others.”

The decision dealt solely with the question of whether the Freshfields report was privileged, as the bank and Ms Stroud contended.

Judge Grewal said the evidence showed that Andrea Orcel, president of UBS Investment Bank at the time, selected the solicitor.

She added: “All the evidence also indicates that Ms Stroud was not instructed or asked to give legal advice.” Indeed, Ms Stroud told Ms A that she was not advising UBS on its legal position.

The judge noted that Ms Stroud said in her witness statement that she had always believed that legal advice privilege would apply to her report, “but she has not explained why she thought that”.