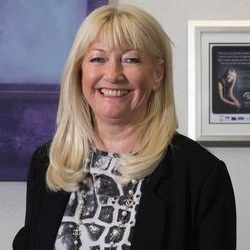 An employment tribunal has firmly rejected a tetraplegic law student’s claim that he was offered a pupillage by a well-known law firm so it could benefit from positive publicity.

The Times and many other publications reported in June 2019 that Cheshire firm Hilary Meredith Solicitors (HMS) and Exchange Chambers were working together to help Simon Arnold qualify as a barrister.

It was said that the six-month, non-practising element of the pupillage was to take place at Exchange Chambers, followed by six months at HMS, the time spent there counting towards his pupillage.

However, in the event the pupillage did not go ahead because there was no funding in place for Mr Arnold’s time at Exchange.

He continued working for HMS as a paralegal for several months after the pupillage was to have begun but then resigned.

Before the tribunal in Manchester, he complained that HMS had used his disability for marketing purposes only to renege on the offer of pupillage.

But Employment Judge Slater found that, while eponymous senior partner Hilary Meredith had wanted to help Mr Arnold achieve his goal of qualifying as a barrister, she had only ever offered to pay him for the time he worked at the firm.

This was clear from the correspondence and was also in line both with how the firm had previously helped another pupil complete their qualification and how it handled trainees who needed to be seconded to other firms to complete areas of work it did not do.

Ms Meredith made clear to Mr Arnold that the firm could not afford to pay someone who was working elsewhere.

The tribunal also found that HMS had no intention of employing an in-house barrister – meaning there was no job for Mr Arnold were he to qualify – and it did not have the work type for a very junior barrister to cut their teeth on.

As a result, the tribunal found that HMS did not renege on any offer.

The publicity was done because HMS believed at the time that the pupillage would go ahead – the funding issue did not come to the firm’s attention until late August 2019.

The judge said: “We do not consider that [HMS] primarily utilised the offer for marketing purposes. The offer was made to assist the claimant to achieve his ambition of becoming a barrister. Any publicity was done with the expressed agreement of the claimant at the time.”

Judge Slater went on to reject Mr Arnold’s evidence that he was uncomfortable disclosing his disability in the publicity.

“We consider it more likely than not that the claimant was a willing participant at the time although, with hindsight, given that the pupillage did not go ahead, the claimant now has regrets about the publicity.”

The tribunal found it was Mr Arnold who had told Exchange Chambers that HMS would pay him while working at the set – under Bar Standards Board rules, it could not pay him as otherwise the pupillage would have to be advertised.

“From the evidence of the emails, Hilary Meredith and other board members clearly spent a very considerable amount of time trying to find a solution to enable the claimant to achieve his aspiration of qualifying as a barrister,” Judge Slater said.

She acknowledged that he was “highly embarrassed at having to explain to colleagues, friends and family who had previously congratulated him, that he was no longer starting pupillage” after he explored without success other possibilities for funding.

The tribunal rejected Mr Arnold’s claims of harassment on the grounds of disability. “The offer of pupillage and the announcement of this were not unwanted by the claimant at the time.

“We do not consider that the feelings the claimant has about this in retrospect, since the pupillage did not go ahead, can turn what was not unwanted at the time into something which is unwanted for the purposes of satisfying the requirements of harassment in the Equality Act.”