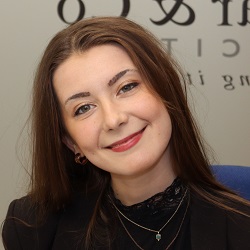 A charity set up by a south-east London law firm to bring cases on behalf of prisoners which are no longer covered by legal aid has doubled its caseload in only six months.

Evie Smith, manager of the Intervene Project [1], said the number of prisoners needing legal advice with issues such as prison conditions, medical negligence, physical or sexual abuse and discrimination was “exponentially increasing”.

Ms Smith said the charity was set up by Kesar & Co, based in Bromley, in the wake of the LASPO legal aid cuts, which removed many kinds of prison-related case from scope, and has since helped hundreds of prisoners.

Having doubled its workload in six months, the charity was currently helping more than 200 prisoners, with a further 80 awaiting referral.

She said prisoners informed the charity of the abuses they faced “on a daily basis”, such as being negligently burnt with boiling water, being deprived of cell heating for a whole winter and “not receiving urgent dental treatment or pain relief for several months”.

Other matters included prison transfers, confiscated property, education, healthcare and data protection. Civil claims had been issued and representation provided for clients, with settlements of over £20,000 secured.

Ms Smith said 10 caseworkers, most of them law students, gave one day a week to help the charity bring its cases. They were joined by 10 ‘remote researchers’ who dedicated three hours a week.

She said a research project was launched by Intervene in partnership with the University of Law at the end of last year.

Its focus is how the limited legal aid budget could be “better spent” in ways that improved access to justice, looking particularly at video links, unlawful detention, court fees and legal aid fees.

She said that if enough law student researchers could be found, the aim was to launch further research on the impact of Covid on the prison system and sentences of imprisonment for public protection.

Ms Smith said the charity was “close to capacity” due to the level of demand.

“We always try and take cases on, but the speed with which we can deal with them is slowing down.”

She said most cases were referred by other lawyers at Kesar & Co, which provides the charity with free office space and some of its funding, but prisoners were increasingly contacting Intervene directly.

Ms Smith said she joined the project in June last year, and since that time the law firm had operated as normal in terms of staff going into the office. There was no need for volunteers to visit prisons.

She added that the Intervene Project needed new volunteers and new donors, which could be a challenge given the nature of the work.

“We are desperately stretched for funds as not many are happy to donate to a charity assisting prisoners, unfortunately.

“Whilst we do receive an abundance of applications from law students to volunteer with us, we wish to ensure the opportunity is made known to as many budding lawyers as possible.”