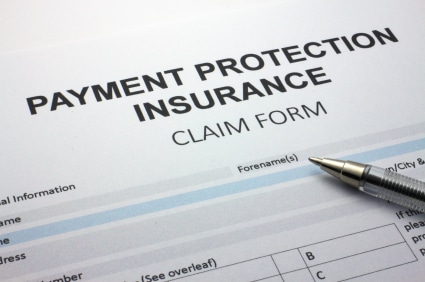 Law firms handling claims over mis-sold payment protection insurance (PPI) are charging clients more than both the level the Solicitors Regulation Authority (SRA) deems reasonable and the cap that will shortly be imposed on them by government, research by the regulator has found.

It also criticised the use of standard letters, which will resonate in other process-driven areas of law.

The SRA said that its research – based on a review of 20 firms handling PPI work – found that four out of five of them routinely charged clients fees of more than 25% of the redress they received, with some charging as much as 50%. All operate under damages-based agreements.

An SRA warning notice last August [1] stated that charging more than 15% could be considered unreasonable, unless justified by the work and risk involved, while the Financial Guidance and Claims Bill – which is currently going through Parliament – is likely to include a 20% fee cap irrespective of the work done.

Both claimant law firms and claims management companies (CMCs) have argued against the cap [2], while defendant law firms have called for it to be extended to personal injury.

The impending cap led the SRA to conduct the thematic review [3] of the area. Though possibly fewer than 100 firms are active in the field – given that people can easily pursue their own cases and CMCs dominate PPI – between them, the 20 firms had handled more than 270,000 cases in the past three years.

The review led to three of the firms being referred into the SRA’s disciplinary processes, taking to eight the total number of firms currently subject to disciplinary action linked to PPI activity.

“Although some firms could provide good evidence as to the reason for higher charge and it being proportionate to the work carried outs, others could not,” it said.

“We expect all firms to immediately consider their fee arrangements in light of our warning notice and the impending fee cap.

“If firms are unable to demonstrate that they are acting in the best interest of their clients, then we will consider the need to take regulatory action.”

There was also good practice. “For instance, firms generally had a high level of client contact and most informed clients at the outset that they could make a claim themselves. Firms also generally had processes in place to check that CMCs were sourcing clients appropriately.”

The SRA said it expected that, in most cases, firms would tell a client that they could make a PPI claim themselves.

There was also no current evidence of cold-calling, with CMCs and online advertising the main sources of work.

The bill also switches CMC regulation by the Financial Conduct Authority, but the SRA said concerns that CMCs were converting to alternative business structures to avoid this “seem to be unfounded”.

The regulator said that although PPI could be a very process-driven area, “firms should not lose sight of the fact that at the centre of each valid claim is a client who has been unfairly disadvantaged”.

“Standard wording, where the firm uses precedent wording which it has found to be effective and can be adapted to the client’s needs and circumstances, are common in other areas of legal work and can be an efficient way of making a claim.

“Standard letters, where identical wording is used and only client details are changed, do not represent a good standard of service.

“We expect firms to always act in the best interests of each client by making sure that all letters of claim address the individual needs and circumstances of each client, rather than rely on standard letters.”

The Financial Conduct Authority has imposed a deadline of 29 August 2019 for the final PPI claims to be made.