Law firms “not being held to account for toxic cultures” 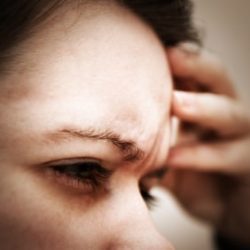 Law firms are not being held to account for “toxic” work cultures, particularly where there is a lot of pressure on young lawyers, a leading expert on regulation has said.

But the Solicitors Regulation Authority (SRA) would start looking more at the wider context in which misconduct by junior lawyers occurred, she predicted.

Speaking at a webinar, part of a series held by City firm Kingsley Napley, she warned that if an “obsession with recording hours and targets” fed through to appraisal processes, it could “set the tone culturally” for the firm.

The webinar, on ethics, compliance and culture in the context of entity regulation, was held under the Chatham House rule, meaning that speakers cannot be named.

The word ‘culture’ does not feature in the Standards and Regulations (STaRs) themselves, though it is referred to in the guidance to the SRA’s enforcement strategy and in the introductions to the codes of conduct.

One expert, referring to a recent series of disciplinary rulings in which young solicitors have been sanctioned in stressful situations, said firms were “not being held to account” for toxic cultures where there was “a lot of pressure” on young lawyers.

Where firms had “an obsession with recording hours and targets” and it fed through to the appraisal processes for staff, it could “set the tone culturally”. She said HR policies were “almost more important than compliance policies”.

Ethics do feature in the standards and she said solicitors not only have to keep their own knowledge up-to-date but the knowledge of anyone they managed.

Since rules could never cover every situation, firms should provide “general ethics training” and make it interesting by using the fact lawyers were “intrigued by other lawyers’ mistakes” and discussing “some of the big SDT [Solicitors Disciplinary Tribunal] decisions” covered by the legal press.

She added that the profession had been “all over the place” in its attitude to working culture following the Beckwith ruling at the end of last year but hopefully some of the issues would be resolved over the next 12 months.

Another speaker said looking at the wider picture means it was not just a question of sanctioning young lawyers for theft or dishonesty but taking action against their employer for “creating the culture” where misconduct occurred.

In his view, culture did not feature in the new standards because “it is not a standard, it is a context”.

Another speaker predicted that there would be a shift in the SRA’s investigations from putting responsibility “on the shoulders of individual practitioners, particularly if they are junior or working in difficult circumstances” to putting it on law firms.

She said this might be seen either in the way the SRA responded to whistleblowers or the thematic reviews it carried out of particular areas of concern. She added that the regulator was currently evaluating the progress of the STaRs.

A final speaker said he believed that if a law firm had a toxic culture, it would “come out eventually”, and it was only a matter of when.

He said individuals who worked in firms with these cultures faced a “stark choice between becoming a whistleblower or leaving to develop your career elsewhere until the question comes to the attention of the SRA”.

He said there had been no prosecutions of any entities under the STaRs so far, but investigations would be taking place.

The expert said that one impact of the STaRs was that the SRA would “look more broadly at the responsibilities of people in firms”; another was that senior lawyers would be “more mindful of the risks than they were 10 years ago”.