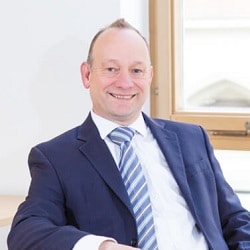 Law firms of the future need to offer clients a “holistic service” beyond just legal advice, according to the boss of a law firm bought by a multi-disciplinary European network last week.

It has seven partners and 70 staff and current revenue of £4.3m. In 2013, Glaisyers’ private client practice split off to form a standalone firm, WTB Solicitors.

Mr Johnson said he saw “a real niche” in the SME market: “It’s not just enough to be a legal provider; you have to be a holistic provider of services to your clients.”

“One of the hardest things you do is get your clients in,” he continued – so once you have them, law firms needed to have as wide a range of services as possible to offer: “You spend so much time getting to know a client, it’s important you can provide them with a holistic service.”

ETL already has six firms of UK accountants in its network. Mr Johnson said: “The idea is to be a hub of professional support to our SME businesses. As a one-stop shop, we can bring teams of people together either through ETL or other contacts.”

It would be a staged process, he emphasised, adding that the international element would also help. “We have quite a few clients who instruct us from outside England and Wales, as well as clients dealing with suppliers from abroad, he explained.

ETL is unusual as an international network of professional services businesses by taking a stake in its member firms, but Mr Johnson said that having a corporate owner took out the personality issues that can arise in a partnership and instead “focuses on commerciality”.

It also made succession easier: “We’ve now got a business where most heads of department are in their 30s and 40s – it’s a real opportunity to develop the business.”

The solicitor added that he was a “great believer” in separating ownership and management.