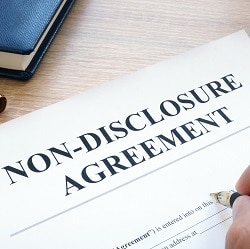 An employment tribunal (ET) was entitled to allow a law firm facing a discrimination claim from a former solicitor to have its say on whether one of her ex-colleagues should be ordered to give evidence, having signed a non-disclosure agreement (NDA), a judge has ruled.

Her Honour Judge Eady QC, sitting in the Employment Appeal Tribunal, said she understood Anna Christie’s concern that this allowed US firm Paul Weiss Rifkind Wharton & Garrison an opportunity to argue against the witness order when it would not normally be able to do so before it was made.

However, the ET “did nothing more than insert a permissible procedural step into its consideration of this application”, she found in a ruling from May published today.

Ms Christie worked as a corporate senior associate in Paul Weiss’s London office for two years to February 2018, and is pursuing a number of complaints before the ET largely, but not exclusively, focused on her dismissal.

She claims that her dismissal amounted to direct sex discrimination, harassment related to sex, victimisation and/or because of protected disclosures she had made, thus giving rise to an automatic unfair dismissal.

The claimant also pursues complaints of direct religious discrimination, relating to holiday entitlement, and of breach of contract.

The law firm is resisting each of these complaints, but earlier this year failed in a bid to have them struck out.

Paul Weiss says she was dismissed because she enrolled in a full-time PhD programme at Cambridge University without obtaining its permission, against a background of allegedly poor performance.

Ms Christie applied for a witness order to compel Sonia Larsen to attend to give oral evidence and produce documents about her own grievance and subsequent ET claim against Paul Weiss, which Ms Christie understood to include complaints of sex discrimination, sexual harassment, victimisation and allegations of a hostile working environment for women.

At the time, Ms Larsen was the only other female senior associates in the office’s mergers and acquisitions group also worked at Paul Weiss but was on maternity leave and due to leave the firm last month.

Ms Christie told the ET that Ms Larsen had initially agreed to assist, but then said she could not, having signed an NDA with Paul Weiss.

The ET said it was not minded to make a witness order in relation to Ms Larsen without input from Paul Weiss. “It is not clear what non-disclosure obligations to the respondent Ms Larsen maybe under. She is in a vulnerable position, at a time close to the birth of a child,” it said.

The ET rules do not require that other parties are notified when an application for a witness order is made – given the danger of pressure being put on a witness – but they should be once the order is made.

HHJ Eady stressed that the ET had not refused to make the order “but effectively decided to interpose a further procedural step before it made its determination”.

She said: “In this case, the ET was apparently troubled by the fact that Ms Larsen had entered into an NDA with [Paul Weiss]; it was particularly concerned that Ms Larsen was in a vulnerable position and there might be further complexities arising from the making of an order that would compel her to give evidence.

“There was some reason for the ET to consider these matters as potentially relevant given that these were issues that Ms Larsen had herself referenced in explaining why she was no longer willing to give evidence on a voluntary basis for the claimant.

“The claimant, however, objects that allowing respondents to make representations on applications for witness orders in such cases would encourage the misuse of NDAs (something she described as a perversion of justice).”

The judge said she saw, “to some extent”, Ms Christie’s concern. “The respondents have argued that there may be legitimate issues of confidence to which the ET would be entitled to have regard, but that really seems to come down to the fact that Ms Larsen had entered into an NDA… neither I nor the ET have been provided with any more detail as to the potential questions of confidence that are said to arise than that.”

This made it “impossible” to know whether the NDA purported to prevent her speaking about matters beyond those which were “legitimately confidential”.

“The claimant’s particular concern is that an NDA, in such circumstances, might serve to allow the respondents an opportunity to argue against the witness order when they would not normally be able to do so before it has been made.

“While I thus recognise the claimant’s more general concern, ultimately I cannot see that her objection can go very far.

“If the ET made the witness order she seeks, it would be obliged to notify the respondents and they would then be able to voice their disagreement, making representations about confidentiality at that stage.”

The judge concluded: “I am unable to say that the ET was not entitled to have regard to Ms Larsen’s particular vulnerabilities and to her expressed concern that she could not give evidence given her agreement…

“On a proper examination I am satisfied that the ET did nothing more than insert a permissible procedural step into its consideration of this application.”

The Legal Futures NDAs, Harassment and Whistleblowing Masterclass is on 16 September in London. Click here for all the details.