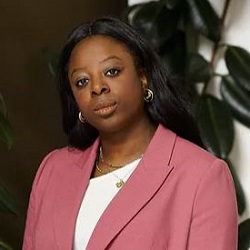 Ofili: Lot of businesses off-kilter in approach to diversity and inclusion

Law firms must try harder to turn aspirations to improve their diversity into reality, according to an employed barrister who has founded a diversity consultancy.

Morag Ofili said many firms had an “outwardly bold message, often driven by their marketing department” but the “internal picture does not quite match”.

Ms Ofili, associate at London law firm Harbottle & Lewis, said she set up her diversity and inclusion consultancy, Kiltered, last year in the wake of the pandemic and the murder of George Floyd, but it was not officially launched until May this year.

“The pandemic has been a great leveller – a crisis that affected everybody and shone a light on inequalities that are universal,” Ms Ofili said.

“People started to have some of the difficult conversations we need to have on inequality and discrimination.

“They are happy to have them at an individual level, but something happens when they are shifted to an organisational level. I felt it was a good time to support businesses in having those discussions.”

Ms Ofili said she chose the name Kiltered because a lot of businesses were off-kilter in their approach to diversity and inclusion.

“The problem with most diversity and inclusion strategies is that they are aspirational. They do not go into the level of detail they need to ensure there is progress.

“A lot of businesses think they are OK because they have an outwardly bold message, often driven by their marketing department, but the internal picture does not quite match.

“We need to redress that balance. It is not enough for firms to say on social media that you promote women and equal rights, but when you look at their staff mix, it does not add up.”

Ms Ofili said Kiltered aimed to help businesses develop “authentic strategies” for diversity and inclusion, which involved looking at organisational and industry data, talking to employees, coming up with a plan and implementing it.

Although the consultancy worked with “a couple of law firms”, the focus was on in-house legal teams and in particular on procurement procedures.

In-house lawyers needed to think more carefully about the quality of the questions they asked suppliers and external law firms on diversity and inclusion and the way they analysed the responses, she said.

Ms Ofili said Harbottle & Lewis allowed her to take a day off for Kiltered once every other week, which she supplemented with work at evenings and weekends.

She described her law firm as “a place where conversations happen”.

Ms Ofili went on: “In a lot of law firms, people feel afraid to say anything. The trust must be there, so that if something is said, it is seen as constructive.

“These are topics that are difficult to discuss. There is sensitivity and defensiveness. It’s about having the humility to listen to viewpoints that are not your own.”

Ms Ofili said the “one size fits all” approach to diversity and the use of unconscious bias training had not worked, because most of the major law firms were still not representative.

“Actions speak louder than words, but the volume of words can force people to rethink their previous position. Conversations are happening at a much more senior levels in a much more serious way.”

Ms Ofili worked as a tax adviser at Ernst & Young and an associate at Mishcon de Reya before moving to Harbottle & Lewis in March last year.

She is also a director of BroadMinded, a network for women at a mid-point in their careers, and a committee member of the Black Barristers’ Network.