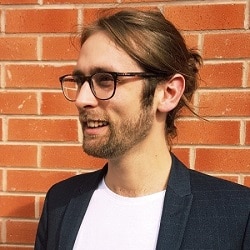 Shakh: More and more people will go online for their wills

Law firms must recognise that the market for wills is changing and that younger people are attracted by online wills, the founder of will-writing software firm WillSuite has warned.

Seb Shakh made the comments as his company published its first ever survey of 50,000 wills drafted using the software last year, which found that the average age of testators was 58.

“Unless law firms do something about it, more and more people will go online for their wills, rather than going to them,” Mr Shakh said.

Included in the research was a comment from Dan Garrett, chief executive of online company Farewill, one of the country’s biggest will-writers. Mr Garrett said the average age of Farewill’s customers was 12 years younger than at traditional firms.

“We’re a great fit for time-poor first time will writers – who typically are relatively new parents and homeowners.”

Mr Shakh said: “People like Farewill are changing the market. It would be good for law firms to recognise this. Some of them won’t change until it hits them in the face.”

He said WillSuite had used AI techniques to find out why 10.7% of testators specifically excluded people from their wills. Men were 14% more likely than women to be excluded.

Almost half of testators (47%) said the exclusion was the result of ‘lack of contact’, followed by the break-up of romantic relationships (18%). Other popular reasons were disputes with the person involved, and the fact the person was already provided for or financially independent.

Mr Shakh said it would have been impossible for WillSuite to have manually categorised the thousands of reasons given for exclusions.

Wills made up almost two-thirds of documents drafted by WillSuite (63.5%), followed by property and financial lasting powers of attorney (19%) and health and welfare LPAs (17%). Living wills made up only 0.4% of the total.

A narrow majority of testators (52%) appointed their partner as sole executor, while 9% appointed a professional to act in some capacity. The average age of non-professionals written into wills was 48.

Mr Shakh added that he launched a new company last autumn, Love Legal, to enable law firms to offer purely online wills and powers of attorney, either through the Love Legal brand or their own.

He said he hoped to include data from Love Legal in next year’s WillSuite survey, which would enable the market for online wills to be compared to the more traditional one.