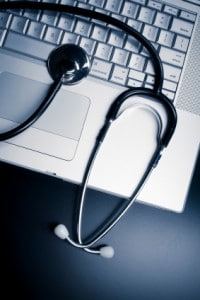 The ASA said “a number of expectant mothers” and the mother of a child with cerebral palsy had complained about the ad, which “discussed potential complications of pregnancy and childbirth”.

Text showed the name of the firm’s website, claimthroughus.com, followed by an image of newspaper headline reading ‘over £1,200,000,000 paid out to medical negligence victims’ and a cheque made out to ‘the victim’ for ‘maximum compensation’.

The ASA said the voice-over stated: “During your pregnancy you thought your doctor was doing everything they could for you and your baby. But your doctor didn’t see the danger signs, and now you’re left picking up the pieces.”

The authority said it received 15 complaints, including from a “number of pregnant mothers” who objected that the advert was likely to cause “undue fear or distress to pregnant women”.

Other viewers, including the mother of a child with cerebral palsy, complained that the ad was “likely to cause offence or distress” to those who suffered complications during pregnancy or childbirth.

A third group of viewers “challenged whether the ad was offensive because it was insulting to medical professionals”.

The ASA said the TV adverts were presented in a way that “drew attention to worst case scenarios” and implied that medical negligence during childbirth was “widespread and to be particularly concerned about”.

The authority ruled that the adverts were “likely to cause undue distress to pregnant viewers” and likely to “cause particular offence to sufferers of cerebral palsy and their families”.

In addition, the ASA concluded that the “inference of widespread medical negligence in childbirth procedures was likely to cause serious offence to medical professionals”.

The ASA said that in all three cases, the UK Code of Broadcast Advertising (BCAP) code had been breached and the advert must not appear again in its current form.

A spokesman for Michael W Halsall, said the adverts had run for six months and reached “millions of viewers”.

He said the firm engaged the Media Agency Group 10 months ago to design and deliver a media campaign to promote the claimthroughus.com brand, specifically in relation to clinical negligence claims.

“Once the campaign had been designed all the adverts were then ratified by Clearcast, which approved both the scripts and also the final commercials prior to them being broadcast.”

He said Clearcast, which checks whether adverts comply with the BCAP code, was satisfied that the commercials complied with the rules and the good taste and decency criteria. The spokesman went on: “Once approval had been granted, the ads were then broadcast. They ran for approximately six months and reached millions of viewers during that time.

“On 21 August the ASA contacted our office to make us aware of the 14 complaints that they had received in relation to the birthing injury advert and also informed us of their intention to investigate the matter.

“We cooperated fully with them whilst they undertook their investigation and in light of the complaints that had been made in relation to the advert, we voluntarily removed it from air, prior to the conclusion of the ASA investigation.”