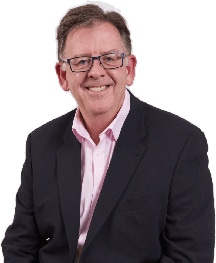 An academic audit of a law firm’s business has broken down its offering into more than 300 ‘products’ as part of a radical and so far successful attempt to increase profits.

The survey of 17-partner Oxford solicitors Brethertons was carried out between 2014-16 by a researcher supplied under a government-backed knowledge transfer partnership (KTP) with Oxford Brookes University’s business school.

The aim was to increase net profit across the firm’s 20 teams of lawyers by 30%, which it claimed it was on track to achieve.

KTPs bring a talented graduate, supported by a university specialist, into a company to lead a transformational project, bringing significant benefits.

Alison McCormack, a director of legal services at Brethertons, said the KTP had been “a turning point in the firm’s history”.

She explained: “It has realigned our strategy and helped embed a new culture. Within in a year, we’d seen a 7% increase in customer satisfaction and in some areas a 25% management time-saving.

“Two years on, customer satisfaction has risen by 17% and the improved customer retention and cross-selling activity has increased by 91% in certain teams. These results demonstrate the long-term sustainability of the strategy developed with the KTP.”

Berthertons’ chief executive and director of legal services, solicitor Shaun Jardine, told Legal Futures that information technology expert Dr Yu-Chun Pan, supported by Dr Paul Jackson and Dr Diana Limburg, had been given a brief “to come in and challenge everything”.

He had broken down the firm’s offering into 338 ‘products’. Mr Jardine explained: “If you think of our firm as a shop with each item having a barcode: for example, the sale of a residential freehold is one product, the purchase of a residential freehold is another product, the sale of a leasehold another and so on… this helps with cross-selling and helps us identify who does what, and sometimes ‘why the bloody hell are you doing that?’.

“The exercise we are doing at the moment is to time record the product so we can actually work out what products we’ve got, which are profitable, and that will lead us to which ones we should stop doing, and which we should do more of.”

As a next step, the firm has arranged for a team of eight under-graduate students to interview every one of the 250 members of staff. Mr Jardine said the interviews would follow a template so the data gathered would be uniform. He described it as “a bit like a time and motion study so we can work out what people are doing and are they the right people to do it?”.

He said the initiative was not ‘commoditisation’, since the term was often used by people “thinking of ‘dumbing it down’”. He added: “But it does help us focus on what we do well. It is really having a good look at what we do.”

Dr Jackson said: “Brethertons was already a well-established and successful firm at the start of the partnership. They had a wealth of knowledge, a loyal customer base and a vision for change, but lacked key capabilities to realise their ambitions.

“Through the KTP we helped develop a set of ideas that went to the heart of the company strategy and had impact on every aspect of their business. It is now a modern, forward-thinking, award-winning firm.”

Mr Jardine said the KTP followed several years in which the firm had transformed its structure to one where partners delegated day-to-day management responsibility to a four-person executive committee, two of whom are lawyers.

He said partners occasionally still attempted – unsuccessfully – to influence decision-making: “Getting there is not pain free. It took a number of years to get to that situation. But once you get there, it’s a good place to be.”