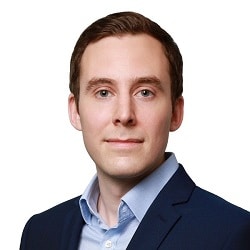 Pollins: We are trying to synchronise all the moving parts of a legal matter

Three law firms based in the UK, USA and Singapore, have invested $10m in a collaboration platform launched this week.

CMS, Cooley and Rajah & Tann Asia are funding Lupl, which aims to be the world’s first “open industry platform for legal matters”, enabling private practice and in-house lawyers to work together in a “single, secure space”.

Matt Pollins, chief commercial officer at Lupl and a former partner at CMS, said: “We are trying to synchronise all the moving parts of a legal matter and bring them together in one place.

“The three firms have been hearing about the same problems time and time again from their own lawyers and from clients that there has been a surge in new technology, but it often does not integrate.”

He said the project was unique because of its “open approach”, in that when it is released publicly early next year it will be open to any law firm, legal department or technology company that wants to integrate with it.

Mr Pollins said that, although the platform had been funded by the three law firms, its development had been “driven as much as by the legal departments as the firms”.

He said the platform was currently being tested by six law firms – the investors plus Slaughter and May, Corrs Chambers Westgarth in Australia and India’s Khaitan & Co – London chambers One Essex Court and 16 in-house teams.

Mr Pollins said the law firms and legal departments had been working on Lupl for over a year before beta testing began at the end of last year.

He said the coronavirus pandemic had “accelerated remote working in a way we could not have imagined” and this would not be a problem for Lupl, which was designed to work as well on a mobile as a desktop.

Mr Pollins said development of the platform, by a team based in the UK, USA and Singapore, would be not affected by the crisis.

“What makes us totally unique is that we are a global group driven by law firms and legal departments, with an equal split in the work we have done with both.”

Adam Ruttenberg, Cooley partner and chairman of the firm’s technology committee, added: “The impact of changing demographics and technologies, along with the pressures of instant communication across a variety of modes, makes it increasingly difficult to manage workflow effectively and meet clients’ needs.

“Especially in light of our recent experience with remote working in a Covid world, we think Lupl is the right answer at the right time.”

Duncan Weston, CMS executive partner for global development, said change in the legal industry “requires a collective shift in mindset to eliminate proprietary closed systems and a reluctance to work together”.

Mr Weston went on: “By supporting the development of Lupl, we hope to set an example for how to bring together a diverse ecosystem of innovators, in-house and private practice lawyers as well as other professionals to create transformational change in our industry for the decades to come.”

A consortium of 19 law firms, including Clifford Chance, Linklaters and Freshfields, are supporting Reynen Court, a platform aimed at simplifying the adoption of legal technology by filtering out products that are unproven, inefficient, or insecure.

Mr Pollins described Reynen Court as the equivalent of an app store, while Lupl aimed to be more like an operating system allowing people to work together in real time.