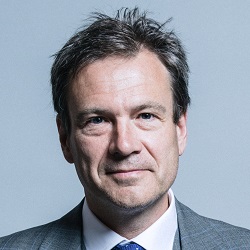 Seely: Lawyers who do this kind of work should be ashamed

The government needs to “end the cancer” of high-end law firms selling “intimidation services” to oligarchs and others trying to use the legal system to silence journalists and critics, Parliament heard yesterday.

Conservative MP Bob Seely and others also called for legal regulators to look closely at these firms and that lawyers who acted for foreign lobbyists should have to detail their activities on a public register.

The debate on ‘lawfare’ in the House of Commons was secured by former Conservative cabinet minister David Davis, who argued that what attracted businesses to the English legal system also attracted “those with nefarious intentions: there are those with exceptionally deep pockets and exceptionally questionable ethics”.

He went on: “These people use our justice system to threaten, intimidate and put the fear of God into British journalists, citizens, officials and media organisations. What results is injustice, intimidation, suppression of free speech, the crushing of a free press, bullying and bankruptcy.”

Mr Davis said it was “very clear that some London-based law firms have found an incredibly profitable niche that they are willing to pursue without too much concern about the outcome.

“I think the professional bodies for those law firms should be looking very hard at them, as should the government.”

He urged the government to take a range of actions to tackle the growth of lawfare, from reforming how the courts deal with so-called SLAPP suits – ‘strategic litigation against public participation’ – through how private investigation was licensed to reporting arrangements for foreign agents/lobbyists.

There was widespread support for these ideas, with MPs naming six well-known law firms, a solicitor and a barrister who they accused of conducting lawfare.

Mr Seely was the most outspoken about the role of lawyers. While acknowledging the importance of legal services to the UK economy, he said: “If we allow the cancer of the selling of intimidation services by high-end legal firms, it will not do us any good in the long run, just as in the long run letting mafias launder money would also be bad for us…

“Let me be clear. Although these tactics are sold by law firms to many different actors, including organised crime and corrupt corporations, I think they are very much part, as some members have said, of the Russian state playbook and Russian hybrid war tactics: the tools of non-military conflict in the west against the west.

“I will argue for significant reform of this corrupting cottage industry, which enriches the few at the expense of the whole.”

Mr Seely said the website of “all these big fancy posh firms” made them look like “butter would not melt in their mouths”.

He said: “I am sure they do pro bono work. This sort of work, offering these sorts of services to some of the most unsavoury human beings and organisations on the planet, is deeply immoral and is deeply corrupting to those otherwise upstanding firms, which should be doing more to protect and not corrupt our legal system.

“What is being offered is a cottage industry of lawfare—legalised intimidation by some of the most deeply unpleasant individuals and organisations on the planet. These companies are going out trawling for business because it is so well paid.

“The lawyers who do this sort of work should, to put it bluntly, be deeply ashamed of what they do, because they destroy the integrity of the UK legal system, not uphold it. They charge double or triple, but it is a moral abuse of the law, and they know it.”

As well as anti-SLAPP legislation, “we need to go after those lawyers—dare I call them slappers—who use such tactics”, Mr Seely said.

A foreign lobbying/agents law “can help us identify who works for foreign actors and what they are doing”, he added.

Labour’s Stephen Kinnock backed the inclusion of “the army of lawyers doing the dirty work of the Russian government and of oligarchs and the governments of other hostile regimes in such a register”.

Former Labour cabinet minister Liam Byrne highlighted how it was not just libel law “being abused”, but data protection provisions too.

Among his calls for reforms were for judges to have the power to “rapidly dismiss” a case if it was designated as a SLAPP, a sanctions regime against vexatious litigants, “which could include paying 100% of costs or even punitive costs, to deter the misuse of our courts that we are now seeing”, and a defamation defence fund, which he suggested should be funded by a “windfall tax on the law firms making millions from the misuse of our courts”.

He also urged legal regulators “to pass new rules to ensure these firms follow a good model of litigation principles that ensures rules of good conduct and even liability for clients who refuse to pay their bills when they lose their case”.

Mr Byrne said it was never the intention that ‘global Britain’ should mean “London becoming the capital of the global lawfare industry”, with certain law firms making big profits as a result.

Sir Bob Neill, chairman of the justice select committee, said government and Parliament needed to take action, but cautioned it should not be done in such a way “as to undermine the ability of the courts of this country to act utterly independently”.

He said: “That will sometimes involve the right of an unattractive litigant to seek access to the courts; that is fundamental too.”

He also urged members not to “mischaracterise the position by saying that there is a high level of cynicism in the legal profession; there is not, and I do not believe that there is a failure of regulation either”.

Responding to the debate for the government, justice minister James Cartlidge agreed that SLAPPs were an abuse of the legal system, but said the instances of the law “being weaponised as lawfare” were rare.

He announced that the UK would be a member of the Council of Europe’s inaugural working group on SLAPPs. The aim is to deliver an anti-SLAPP draft recommendation for member states by December 2023.

In response to concerns about sources of funds, Mr Cartlidge stressed that the legal profession has “a robust due diligence mechanism in place to prevent dirty money corrupting our courts”.

The minister also warned that, if necessary, the government would look at further reforms of litigation costs.