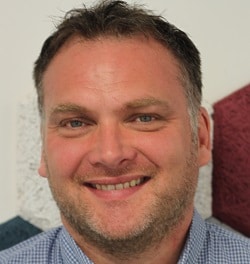 Only a third of law firms are telling clients who make a complaint that they can refer it to the Legal Ombudsman (LeO) if they are not satisfied with the outcome, research by the Solicitors Regulation Authority (SRA) has found.

The report also revealed limited support among firms for the compulsory publication of first-tier complaints data, a move being considered by the SRA as part of its transparency push, although 36% believed this would show they were delivering a good service.

The research also exposed a gulf between consumers and lawyers in their expectations of good service, with almost half of consumers (48%) wanting clear information about the legal process, but only 23% of law firms thinking clients expected this.

The research, by London Economics and YouGov, involved online surveys completed by 539 firms and over 2,000 dissatisfied users of legal services.

It found that although 98% of firms provided information about their complaints procedure at the start of the process, usually in the client care letter, 37% of consumers believed they were not told anything about it.

This indicated that the information could be better presented, the research said.

One problem identified by the research was that while 48% of firms received verbal expressions of dissatisfaction, they did not record them as complaints.

At the end of the internal complaints process, only a third (34%) of firms provided information about LeO, while only 49% signposted people to alternative dispute resolution agencies to resolve complaints, as required by EU law.

Most people expected firms to take action, or resolve, their complaint when they expressed their dissatisfaction. Most commonly, people want an explanation (58%), an apology (39%) or work progressed (35%) to resolve their complaint.

The research also showed a disparity between lawyers and clients’ expectations, with clients rating regular communication about progress the most important feature of good service (62%), followed by clear information about costs (60%) and information about the legal process (48%).

Most law firms (64%) believed that a good legal outcome was the top priority for clients.

The report found that people with disabilities were significantly less likely to be satisfied with the result of a complaint to their law firm – only 23% of disabled people were satisfied, compared to 43% of non-disabled clients.

“It was disappointing to see that so few firms surveyed had informed consumers about us at the end of the complaints process when they have a professional obligation to do so.”

Paul Philip, chief executive of the SRA, said the “vast majority” of firms saw publishing information about LeO as a “good, consumer-friendly thing to do”.

He added: “It makes good business sense to handle complaints well. This report shows some firms are doing positive things to tackle problems, but there is still some way to go.

“This is not about template responses but understanding your client and responding to their individual needs and expectations.”

The SRA said the research supported the findings of the Competition and Markets Authority that there was a lack of useful information for the public when making choices about legal services.

Almost all (91%) of dissatisfied consumers involved in the survey said having access to firms’ first-tier complaints data would be useful to them.