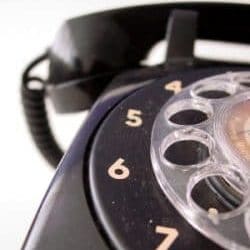 Law firms are making follow-up calls to only 9% of the people that contact them, a mystery shopper survey has found.

The survey also found that conveyancing departments performed better in every aspect than private client and debt recovery.

Researchers from Insight6 were commissioned by cloud telephony provider Concert to call 30 consumer law firms on three separate occasions to obtain quotes for conveyancing, will writing and debt recovery work.

In the Legal Services Communications Report 2019, Concert said: “It’s shocking to see that firms are simply letting go of valuable business opportunities and extremely discourteous to those that take the time to contact for advice – choosing them out of hundreds of others.”

Concert said its research had previously hinted that firms were improving at follow-up, but the results from the past two years showed this had not happened.

“It’s especially surprising when we consider the amount of budget law firms put into marketing – money that is wasted if there isn’t a carefully considered nurture programme in place.”

Conveyancing departments were the best performers on follow-up calls, with 33 phone numbers taken and three calls made. This compares to 13 numbers taken in response to will-writing enquiries and only one call made.

One positive improvement on previous years, was in the amount of time callers to law firms spent on hold. This was down to an average of 24 seconds, which has fallen steadily from 47 in 2016.

Calls that went through to someone who could help showed an improvement of only 1% on the previous year to 50%. Conveyancing was by far the best performer at 69%, with will writing on 52% and debt work 27%.

The report concluded: “Across the board, improvements in legal communications since last year have been minimal. In one area of research – time taken to answer – results have worsened.

“According to the results, firms are letting valuable opportunities pass them by – failing to obtain contact details from prospects, neglecting follow-up calls and leaving it up to potential clients to get back in contact.

“Research also suggested that those firms that have implemented technology aren’t using it to its full potential. Insight could be harnessed to make employees much more efficient, as well as minimise client frustration.”

Neil Hollands, managing director of Concert, added: “Consumers are impatient and in today’s market, people want advice or a quote quickly, if not immediately.

“If this isn’t provided, they’ll simply contact the next on their internet search list and put their valuable business straight into the hands of a competitor.

“No matter how professional a website looks or how glowing a firm’s reviews are, if an enquirer isn’t impressed by the reception they receive during the first contact, it’s an uphill struggle to impress from there – if they haven’t already gone elsewhere.”